Seasons of the Storm 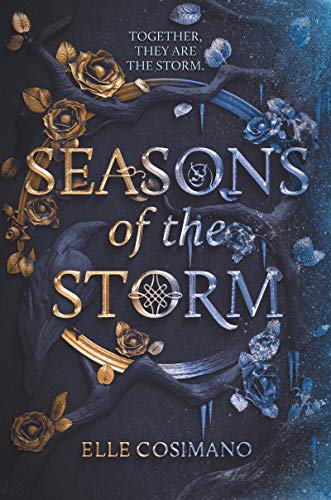 “Seasons of the Storm is a unique, fresh love story with the feel of a fantasy. The characters are well-drawn and interesting, and the story is unpredictable and exciting. Readers who love fantasy, urban legend, love stories, and magic will enjoy this book.”

“There’s something inherently wrong with any home that’s easy to get into and hard to break out of. The Winter Ridge Academy for Boys is both. I’ve cleared four of the five pins in the lock already, and I can practically taste the air outside, cold and sweet, seeping through the crack under the door.”

Jack Sullivan sneaks out to go skiing with friends only to be left for dead, alone on the slopes. But he doesn’t actually die. Gaia, a magical being in charge of the seasons, gives him a choice. Come work for her or lose his life. Jack chooses to work. What he doesn’t realize is that he is now Winter. In order to bring in Winter, he needs to kill Autumn. And when Winter is over, Spring will come after him. And the whole cycle starts over again, until he’ll end up right back there next year, waiting to die.

‘I thought that was the point.’ At least, that’s how we agreed to do it. Fleur wanted a less vicious method than last year. I wanted something quick and clean. After a lengthy debate about the multitude of ways she could kill me, we finally settled on the knife.”

Fleur is Spring, and she’s come to kill him. But Jack isn’t ready to go. He loves her. He thinks she loves him, too. But there’s no way they can be together, not with Chronos’ minions listening to their every move through their transmitters. It didn’t use to be this way. Seasons used to have agency. They used to be able to make their own decisions, live their own lives. Why couldn’t it be that way again?

Jack and Fleur—along with Summer, Autumn, and their four handlers—want to try something different. But in order to do that, they have to go against everything they’re told. They have to break the rules. And if they do that, some of them might die. Is it worth it? Jack thinks so. Now he just has to convince the others. All he wants is to live happily ever after with Fleur.

Seasons of the Storm is a unique, fresh love story with the feel of a fantasy. The characters are well-drawn and interesting, and the story is unpredictable and exciting. Readers who love fantasy, urban legend, love stories, and magic will enjoy this book. In fact, they may never look at the seasons the same ever again. . . .