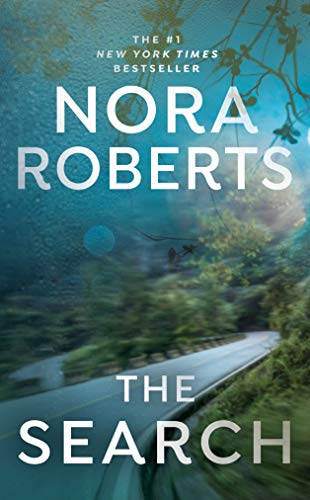 Fiona Bristow lives on the picturesque Orcas Island in the Pacific Northwest. She is a canine search and rescue volunteer, along with her three trained retrievers, Peck, Newman, and Bogart. When not saving lost toddlers like three-year-old Hugh, who wanders away from his cabin, or injured campers and hikers, she runs her own obedience and training school for dogs.

In walks Simon Doyle. He’s a handsome yet gruff wood craftsman with seductive bedroom eyes. With him comes his new puppy, a mixed breed retriever named Jaws who desperately needs training before he eats up Simon’s entire house and wardrobe. Fiona has no problem with this exuberant pup and notes that he has skills perfect for her rescue team. She gives Simon and Jaws private lessons each week. But Fiona is not Simon’s type and he lets her know this. He claims she is not beautiful, but “almost arresting” with her reddish blonde hair and striking blue eyes—the intelligent eyes of a woman who can and does take care of herself.

Fiona’s life is pretty much the way she wants it. Then two women are found, killed in the same way as a serial killer who has previously killed twelve women. Fiona was nearly one of them but managed to escape from the killer’s captivity. Her fiancé, a policeman named Gary, was not so lucky. This news brings back her nightmares and destroys the sense of safety that she has so carefully and tentatively built for herself over the last few years. The pain and loss of her past flood Fiona with emotions she thought she’d tucked away in a safe, forgettable place.

Worse yet, a nosy female news reporter keeps calling Fiona, hounding her for an interview. The serial killer is still in jail for life, yet the copycat killer has managed to learn his exact methodology, making Fiona wonder if he will come back for her—the only one who ever got away.

The copycat killer, through the bumbling of the news reporter, has tracked Fiona’s whereabouts and is now killing on Orcas island. His ego trips him up so that he is no longer following the original serial killer’s plans. Simon insists that Fiona stay at his home where he can keep her safe. Passion quickly overtakes this unlikely couple, and in spite of her being “not his type,” and Simon being nothing like Fiona’s more civilized deceased lover, they are drawn to each other. She gathers her dogs and joins in the search for the killer’s victims, hoping not to become one herself.

This book is one of Roberts’ best, and when she’s good, few are better. However, she has managed to make Simon a bit unlikeable due to his habit of telling Fiona to shut up. Fiona seems able to see past his chauvinistic demeanor into the gentle, caring man who would die for her—though he’d never admit it. Roberts’ character development in this fast moving romantic thriller is superb.

The Search is one of many of her books not easily forgotten and this reviewer would place it in the top ten of Roberts’ 190 bestselling novels. Fans will eagerly add this book to their collection, and newcomers to Roberts’ diversified works will be thoroughly hooked.