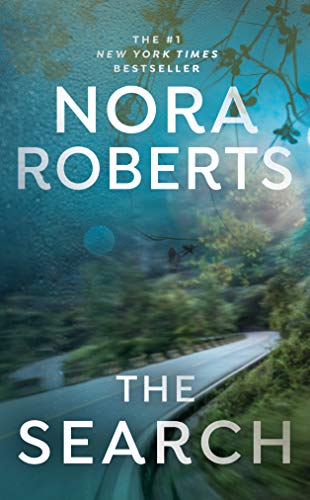 “The Search leaves the reader educated in K9 search and rescue procedures and the details of dog training, but a little confused about the storyline.”

The Search is a cross between a Nora Roberts contemporary romance and a J. D. Robb suspense thriller. And that combination is where one of the problems arises.

Yes, the hero and heroine meet in chapter two like the romance genres prefers, but the first chapter is centered around a search and rescue by a K9 unit of which the heroine, Fiona is the head. Once the missing small boy is rescued, she returns home to shower and get ready for a dog training class.

Guess who shows up with puppy in tow? Simon the hunk who launches Fiona’s hormones into overdrive. It’s been a long time since she’s been with a man, and this piece of eye candy does things to make her heart pitter patter quite deliciously.

Simon enrolls his little darling for training in Fiona’s school, though at times it does appear questionable which one is being trained: the adorable puppy, aptly named Jaws, or his owner.

When Fiona’s stepmother arrives the next morning, they discuss the upcoming anniversary of the deaths of Fiona’s dad and Fiona’s fiancé. Regret at forgetting a lot of details—like remembering her fiancé’s face—nags at Fiona, but seven years is a long time. (There is no mention of how the fiancé dies.)

Simon shows up again with Jaws for more training, and then comes a visit from a local deputy. Bad news: There is a copycat killer taking out young women. He bears a resemblance to the one who tried to make Fiona—the only one to escape—one of his victims seven years ago. What? No mention has been made of her being a near victim of a serial killer and we’re into chapter four?

Once the deputy leaves, she opens up and shares her horror and fear with Simon. It turns out the serial killer is still smarting from her escape, and he took revenge by shooting her fiancé. Okay . . . a little foreshadowing to alert the reader that this was coming would have been nice.

Now back to the romance. Yep, that’s the way the story goes. Fiona is going to put all that death nonsense behind her and live her life—after all, she has the hottie in her life now, and all signs indicate he’s interested in her as well.

How can she not respond to his loving comments like, “You’re not flat-chested.”

Then there’s this loving exchange between them:

“You’ve got a bug up your ass today,” he said before she could speak.
“Excuse me?”
“You heard me. And you look like hell.”
“You really have to stop throwing all these pearls at my feet.”

While these endearing moments of conversation may not appeal to a lot of women, they seem to be what Fiona needs and thusly the romance grows.

The switch back and forth between POVs is confusing when it is just the two lovers, but then the fun grows as the perspectives of the FBI team investigating the new murders, the new copycat killer, the original serial killer, and a girl the newest bad guy is stalking are added to the mix.

During all of this, there’s lots of dog training and sex—or at least simmering sexual tension—that mix well with a hero who doesn’t have to worry much about taking home the crown in a Mr. Prince Charming contest.

The Search leaves the reader educated in K9 search and rescue procedures and the details of dog training, but a little confused about the storyline. So while you may need to go back and reread some sections, at least your pooch won’t be chewing up your furniture as you do so.