The Scholl Case: The Deadly End of a Marriage 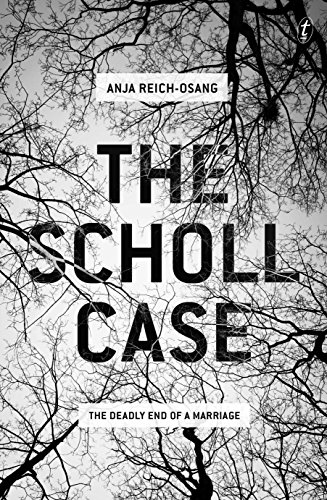 “will most certainly satisfy those readers who enjoy the combination of the psychology of marriage and true crime.”

In December 2011, a corpse was found in a forested area near Ludwigsfelde, a tiny and quiet village south of Berlin, Germany. The body was hidden between pine trees and covered with leaves. The victim was Brigitte Scholl, the 67-year-old wife of Ludwigsfelde’s former mayor. Three weeks later, the police arrested and charged the victim’s husband Heinrich Scholl with murder. On the surface, the Scholls appeared to be happy, but behind closed doors there were many secrets.

In 2012, Heinrich Scholl was found guilty of his wife’s murder and sentenced to life in prison. Yet to friends and neighbors this was a shock. How could this soft spoken and well respected man have committed such a heinous act? He had been one of the most successful mayors of East Germany after the fall of the Berlin Wall.

Award winning author and journalist Anja Reich-Osang followed the trial and was given unprecedented access to Heinrich Scholl. In her new book, The Scholl Case: The Deadly End of a Marriage, she attempts to delve into the minds of the Scholls.

Reich-Osang writes, “Heinrich Scholl had assembled trucks in Ludwigsfelde automobile works and made chairs for East Germany’s state circus. When the wall fell, he became involved in local politics, helping to found social democracy in Brandenburg, and was soon one of the most successful politicians of the new federal states. Like the country, he reinvented himself. His life seemed symbolic . . . But what price did he pay for his ascent? What temptations did he withstand . . . ?” And what had happened to his marriage in the almost twenty years in which he transformed Ludwigsfelde into a flourishing place of business?”

The Scholl Case is a terribly sad story that outlines the anguishes of an unhappy marriage. The history of their 40-plus year marriage is told as bluntly as possible, partly because the author is intent on uncovering the facts. She peels back the layers of deception covering the couple’s seemingly normal life and reveals not merely who committed the crime, but the more intriguing question of why the crime was committed.

But there’s a paradox at the center of The Scholl Case. The author seems to respond to the story with disappointment, and her lackluster dramatization of the details of the murder seems to generate only a sense of wonder from the author. Because she is not able to articulate her own feelings about the case, the story takes on an air of diluted lameness.

In the end, The Scholl Case is a sordid tale of sex, lies, politics, and a marriage in which nothing was as it appeared. It is most certainly not a typical true crime book and whether or not it can be truly labeled as nonfiction is debatable. This could be due to its translation; it is more a mixture between historical fiction and crime thriller, although the main focus is on the history of both the mayor and his wife rather than the murder case. Reich-Osang makes no judgment on his guilt or innocence and this leaves the reader to come to their own conclusions.

Despite these minor flaws The Scholl Case is well written and a worthwhile read. It will most certainly satisfy those readers who enjoy the combination of the psychology of marriage and true crime.