The Scapegoat: A Novel 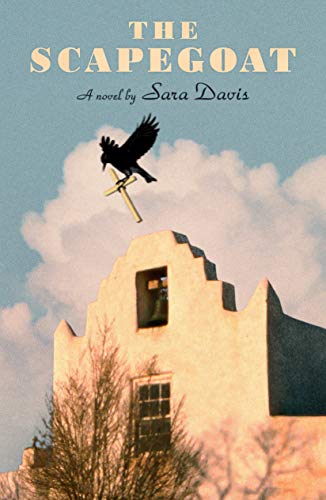 “it is in the quietest moments that this novel finds its greatest strengths.”

Debuts are sacred, debut novels especially. While story collections offer the fiction writer the opportunity to get some things wrong and still get others right, the all-in-one-basket approach to launching one’s career with a novel affords the author no such protection. This is a vulnerable prospect. Lucky for Sara Davis, her launch is one that requires no cushioning.

A wild, beguiling tale, The Scapegoat advertises itself as a mystery, but the book is no hard-boiled detective novel. The Scapegoat is, instead, the story of N, an academic, failed medical student, and about the least reliable narrator one is likely to come across in contemporary fiction.

N works at a prestigious research university on the West Coast. The job is a boon from N’s father, a dean, extended when N is caught cheating on an exam and expelled from medical school, though N views the deal more as transaction than mercy: “job offer as apology for a lifetime of neglect.” What N does at the university is unclear to the reader and perhaps to N himself. As one character remarks, regarding N’s job description: “my impression is that he’s some kind of glorified secretary.”

With no professional oversight or real commitment on his time, N spends his days exploring the mysterious circumstances surrounding his father’s death, following his intuition and finding inspiration in the Swedish detective novels that keep him up at night. Ever the fatalist, N follows all leads with equal commitment, a newspaper horoscope shining as much light on his case as a firsthand account.

Like Lot 49’s Oedipa Maas, The Scapegoat’s N begins, over time, to question his sanity, and the reader soon questions whether N is unwell or whether the narrative seeks to expose cracks in reality. If this sounds very postmodern and very Pynchonesque, well, that’s because it is, the novel something of a throwback. Though, given the novel’s reliance on “strange, waking dream[s],” moments of hallucinatory violence, and numerous scenes featuring numerous cups of coffee, a better descriptor of the book’s feel might be Pynchon as channeled by filmmaker David Lynch.

But like Pynchon, Davis is unafraid to be playful, skewering postmodern conventions even as she celebrates them, and reveling in the meta of it all.

Near the novel’s midpoint, N retires to bed with a book. Reading, he observes “one of those little interludes in books like these where there was no discernible advancement in the investigation, but instead we sidle up to the detective in a quiet moment.” Whereas the hero of N’s book listens to Aida and pounds whiskey, N reads a paperback and sips milk, seemingly unaware of the degree to which he is both doppelganger and pale imitation of the detective that he admires in the novel within the novel.

Similarly, as the reader nears the conclusion of The Scapegoat, N nears the end of his nightly Scandinavian noir, acknowledging “a growing sense that the key to the whole book, the beginning of the end of the investigation, as it were, was close at hand,” a wink to the reader that Davis needn’t, and doesn’t, pretend to hide.

As the novel approaches its climax, The Scapegoat transitions swiftly from mystery to horror with a hint of the fantastic. A perhaps-haunted hotel takes center stage, and N reminds the reader less of Pynchon’s Oedipa Mass than of Robert Bloch’s Norman Bates from Psycho, less an amateur detective than Stephen King’s Jack Torrance in The Shining. Some readers will embrace this tonal shift as the inexorable progression of the plot, surprising but inevitable, while some readers will no doubt wish for a quieter, if not tidier, ending.

For it is in the quietest moments that this novel finds its greatest strengths. While N cannot seem to be honest with the reader, or with himself, he can try to be honest with his father, and it is at the novel’s midpoint that the narrative slows for a glorious moment of external analepsis, the book’s only flashback, and the reader catches a glimpse of who these people were before the world tilted on its axis and their circumstances grew so fraught.

For six pages, the two meet for tea, father and son, each “doing his best not to look too closely at the other,” the son mourning the end of a recent love affair. N opens up about his academic dishonesty and looming expulsion. But when it comes to his love life, N admits, “There was no universe in which I could communicate any of this to my father.” What goes unspoken is nevertheless expressed, both the son’s desperation to be loved and the father’s distaste for a son he sees as “‘illegitimate,’ a kind of side project.” The father’s disdain is brutally present even in the simple act of making tea:

“With the air of someone who has waited far too long for something, he poured his tea into his cup, eschewing the strainer and adding too much milk, so that the liquid in his cup was practically white, with dark, unappetizing bits of tea leaf floating at the top. He took a sip, a look of distaste crossing his face, and then carefully replaced his cup on his saucer. It was remarkable, really, how wrong that had gone, and for a moment I forgot what we had been talking about.”

Davis’s ability to telegraph emotion and tension without sacrificing a word to dialogue is admirable. By scene’s end, readers will know and recognize this father, even if N does not.

Nevertheless, when it comes to the novel’s conclusion, readers seeking a puzzle novel, something unapologetically postmodern, have nothing to fear. The Scapegoat is a book that embraces ambiguity, and the ending offers no easy answers.

The Scapegoat is, at its heart, a murder mystery, but the death that opens the novel may not be a death at all, and the death that closes the novel leaves the reader with one last puzzle to solve. Is our unreliable narrator a killer, or is the narrator the scapegoat in question? Or perhaps the better question is this: How reliable is a novel’s title?