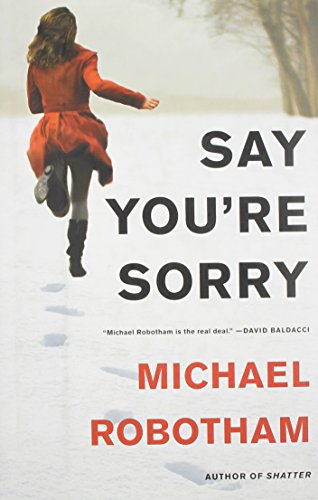 When pretty and popular teenagers Piper Hadley and Tash McBain disappear one Sunday morning, the investigation captivates a nation, but the girls are never found. It’s assumed they ran away because of family problems, or were simply teenagers wishing to touch the bright lights of bigger cities and dreams. Others believe the girls are long dead, added to the ever-extending list of names for young people missing without a trace.

Three years later, during the worst blizzard in decades, a husband and wife, Patricia and William Heyman, are brutally killed in their home while most of London is without power to their homes and businesses.

The main and only suspect, Augie Shaw, a troubled young man who reported the killings, is in custody, unable or unwilling to explain his presence in the couple’s home. He claims he can hear voices and says he witnessed a young girl being chased by a snowman, but other than that, refuses to cooperate with the police by explaining what he was doing at the murder scene.

If Shaw isn’t the real killer, then who is? And what do the slayings in the home have to do with the disappearances?

To help them bring the case to a successful and speedy conclusion, the police turn to psychologist Joe O’Loughlin (Bleed For Me) to profile Shaw and see what he can uncover. O’Loughlin is reluctant, initially, to take on the case. His ability to see inside the minds of others has become a mental albatross for him.

Along with his trusted friend, retired cop Vincent Ruiz, O’Loughlin eventually agrees to take the case. O’Loughlin concludes that Shaw suffers from delusions and possibly schizophrenia so is unlikely to be the actual killer because the murders were carried out in such a perfect, clinical fashion.

But he is not fully convinced that Shaw knows nothing. He may actually be concealing some unhidden clues, which may or not be related to the murders.

It’s not too long before O’Loughlin becomes convinced the missing girls might still be alive, forcing the police to re-open the case and start over. For O’Loughlin and Ruiz it becomes a deadly race against time.

Very few books manage to grab the reader’s attention in the very first page, but Say You’re Sorry manages to do exactly that:

“My name is Piper Hadley and I went missing on the last Saturday of the summer holidays three years ago. I didn’t disappear completely and I didn’t run away, which is what a lot of people thought (those who didn't believe I was dead). And despite what you may have heard or read, I didn’t get into a stranger’s car or run off with some sleazy pedo I met online. I wasn’t sold to Egyptian slave traders or forced to become a prostitute by a gang of Albanians or trafficked to Asia on a luxury yacht.

“I’ve been here all along—not in Heaven or in Hell or that place in between whose name I can never remember because I didn’t pay attention at Sunday Scripture classes. (I only went for the cake and the cordial.)

“I’m not exactly sure of how many days or weeks or months I’ve been missing. I tried to keep count, but I’m not very good with numbers. Completely crap, to be honest, you can ask Mr Monroe, my old maths teacher, who said he lost his hair teaching me algebra. That’s bollocks by the way. He was balder than a turtle on chemo before he ever taught me.

“Anyone that follows the news will know that I didn’t disappear alone. My best friend Tash was with me. I wish she were here now. I wish she’d never squeezed through the window. . . .”

It’s from this poignant beginning that the reader knows the girls—or at least one of them—are still alive, and that they’ve have been held prisoners all these year by a sadistic and brutal monster.

Joe O’Loughlin is a terrific warts-and-all character, fallible and human. Sidekick Vincent Ruiz is the perfect companion to accompany him on his dark journeys.

Told from two different viewpoints, that of Piper and O’Loughlin, Say You’re Sorry is a harrowing, complex tale of triumph over evil. Mr. Robotham masterfully keeps the fear real and close to the bone, compelling to the very last page. Great winter reading.