Rubens, Rembrandt, and Drawing in the Golden Age 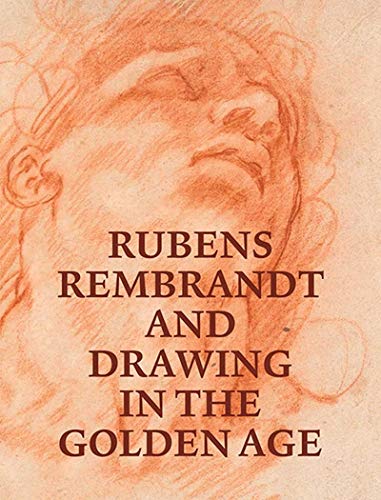 The history of drawing wrapped up in a pleasant and readable text, Rubens, Rembrandt, and Drawing in the Golden Age is a fantastic discussion of the many purposes of the drawing medium. Intelligent and thoughtful, artfully presented, this book is instantly captivating. The Art Institute of Chicago has done an admirable job combining first rate museum quality with highly effective educational content. Foundational though it may be, the subject is treated with great admiration and respect.

As part of its mission, the Art Institute of Chicago claims to be in the unique position to be a prominent leader in the preservation, research, and dissemination of scholarship regarding drawings from the “Golden Age” of 1550–1700. With an impressive array of works on paper from American, British, French, and Italian artists, this is the first publication on Dutch and Flemish drawings that is also meant to be a catalog to accompany an ongoing exhibition series exploring the Art Institute’s collections.

“This book examines the many roles that drawing served at that moment, showing us how early modern artists learned to draw, how they honed their talent by studying both Classical statues and live models, and how they developed their individual styles . . .” In a nutshell, drawing went from being a tool assisting the artist toward various ends, to being a hybrid of a mix with other mediums, to being a legitimate and pursued medium, itself a finished masterpiece. This journey is traced out in a clear and convincing manner.

At first, drawing was used only for training purposes, and artists learned to draw in very specific ways according to the directives of the master teacher. Through statues and monuments, anatomy studies and live models, figural typologies and allegorical narratives, to preparatory designs and finished pieces, drawing morphed from being in a “supporting role” to the “lead character” of an artwork.

With over 250 illustrations, examples are not limited to only Peter Paul Rubens (1577 –1640) and Rembrandt van Rijn (1606–1669) as the title implies. Face time is allotted to a wider range of game-changing maestros whose personal interests and experiments became critical catalysts for alternate ways of considering drawings. Each chapter is actually based on this approach, “grouping works according to the role [drawings] played in the professional lives of the artists who created them.”

Bruegel, for instance, was credited with thrusting landscape from background designation into primary subject matter, thus becoming the most famous source of an entire artwork dynasty that would dominate for over 200 years. Landscape —and landscape delivered in a drawing medium—has been a legitimate genre ever since. In fact, Rembrandt himself became subsequently interested in landscape drawing and considered it a more personal interest than other genres (portraits and history subjects) for which he was well known.

Concluding the main content is a neat and tidy discussion of “The Afterlife of Drawings.” What becomes of these pieces of paper? How do the artists preserve them? How are they handled? How are they regarded? Who is interested in collecting them? How are they attributed? How are they to be appraised? All excellent questions that the Art Institute is pursuing in order to promote drawings and elevate this underrated category in the broader context of art history.

Tossed in as an added bonus at the tail end of the content matter, a delightful history of paper making fits in nicely and rounds out the story of the materials used by these highly skilled Golden Age artists. The reader will need to yank out their reading glasses because for some reason the font used in this section is a few point sizes too small, smaller than in the body of the text, but squinting will be worth it to learn some of the facts behind this once-booming industry. Come to think of it, the reader may want to retain those magnifying glasses in order to continue to study the copious details of the abundant artwork examples because in this exercise Rubens, Rembrandt, and Drawing in the Golden Age will not disappoint.