Robert B. Parker's Fool Me Twice (A Jesse Stone Novel) 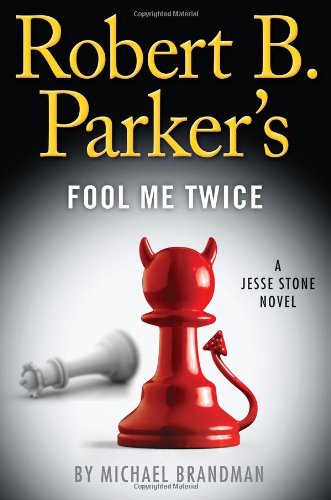 “The Hollywood pitch for Fool Me Twice would be A Star Is Born meets Tweakers.”

Let’s face it. You don’t read Jesse Stone novels for the plot; you read them for the funny lines. Robert Parker, the author of over 50 books who died in 2010, left some big shoes to fill, but in both this series and his Spenser series, the new writers are quite capable.

Spenser (now written by Ace Atkins) may be is the better known series, but if you picture Spenser 20 years younger, try Jesse Stone. Jesse is still finding his way in the world and thus is more accessible to readers than Spenser.

The similarities include a smart mouth, contempt of rich people and indeed of most authority, and overwhelming loyalty to those he loves.

But Jesse drinks, sometimes to excess, hasn’t found his soulmate, and doesn’t cook. He is the chief of police, supposedly binding him to the letter of the law.

When Jesse witnesses 17-year-old Courtney Cassidy texting as she blows through a stop sign causing an accident, she protests. He tries to reason with her, but she’s having none of it. “You can’t arrest me, I’m Courtney Cassidy.” His response to his deputy? “Book her, Danno.”

But Courtney is not his biggest problem. There’s a major movie company coming to town to film—big bucks and good publicity for the area. But the star is going through an acrimonious time with her crystal-meth–using husband. She’s going up the career ladder; not surprisingly, he’s headed down.

The Hollywood pitch for Fool Me Twice would be A Star Is Born meets Tweakers.

And some folks in town notice their water bills rising, but not their usage.

Badness ensues. The FBI takes over; and while paying lip service to the small town police force, the FBI is not trustworthy. The top guy’s “smile reeked of both personal and professional insincerity.” And besides that, he’s stupid to barge in and expect everyone to bow and scrape to him.

Take a lesson from Chief Stone: Do what’s right.