The River: A novel 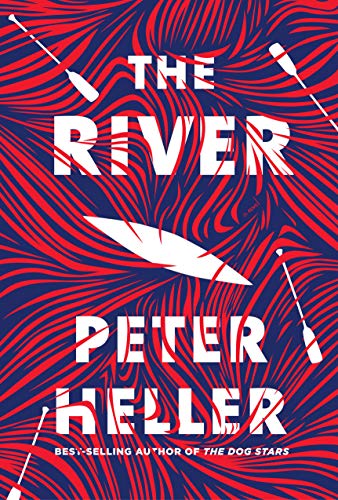 “They were strong paddlers and they lay into a steady rhythm and they stuck to the center of the river where a blast from a shotgun would be less likely to kill them.”

Peter Heller’s new novel, The River, following his bestselling The Dog Stars, is another superbly crafted adventure-action-mystery story. What begins as a late summer lark—a canoe trip through northern Canada ending at the Hudson Bay—is transformed brilliantly into a harrowing adventure for two college students.

Wynn and Jack have met as freshmen at Dartmouth and have become inseparable best buddies. Though Jack has grown up in rural Montana and Jack in Vermont, they share a love for the outdoors. Their plan is to take off a term at school to make a late summer canoe trip down the Maskwa River to its mouth at the south end of the Hudson Bay.

Though young, both bring impressive assets to their endeavor: they’re expert fishermen, have a great feel for the wilderness, can forage for food, and have amply provisioned themselves. Both have suffered recent breakups with girlfriends. Why not, therefore, escape civilization and embark on what should be a restorative odyssey where their only challenge will be mastering the white water and falls of the river?

Fortunately for his readers, Heller soon introduces complications. Jack brings with him the memories of watching his mother die when the horse she’s riding slips on a gravelly slope and plunges several hundred feet into the river below. The experience has made him cautious and near paranoid whenever he senses danger.

Wynn has no such inhibitions. He’s fearless, sometimes impulsive, and trusting. Where Jack fly-fishes with a delicate feel, Wynn uses his athletic ability to cast almost recklessly. Heller deftly weaves these complementary traits into the narrative.

What develops as the novel proceeds is slightly reminiscent of James Dickey’s classic Deliverance, except that Heller’s adventurers seem far better prepared to handle whatever comes their way. The challenges Wynn and Jack encounter are far more subtle though every bit as terrifying as those posed by the rednecks who ambush Mr. Dickey’s weekend enthusiasts.

Heller creates a world of natural beauty, one both young men appreciate: “Wynn noticed that the smells were different now—it smelled like a river, like moving water, a colder, cleaner scent, and he pulled it into his lungs, from where it seemed to run through every capillary of his body, and he felt happy.”

Still, there’s always there’s a tinge of danger: “But every story they had ever read was just beneath the surface of their imaginations and must have fired them with extra energy and braced them, too, because at least half of those stories did not have happy endings.”

Heller injects the complications soon enough. Wynn and Jack detect a forest fire, raging in the far distance but approaching steadily in their direction. Soon thereafter, they hear an argument raging between a man and woman, and then discover she’s missing.

The beat of Heller’s novel builds to a furious pace as Wynn and Jack shoulder the burdens of finding the missing person and eluding the double dangers of the forest fire and a man who becomes bent on hiding the evidence of what he has done, evidence that is embodied in Wynn and Jack.