The Rise and Fall of Adam and Eve 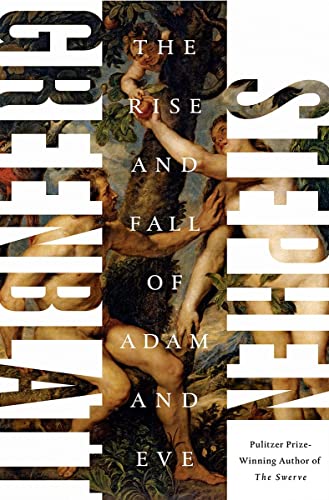 Stephen Greenblatt, Pulitzer Prize winner and a specialist in early modern literature, explores in The Rise and Fall of Adam and Eve the enduring fascination of the Genesis story despite or because of the fact that different versions are open to a variety of interpretations.

Greenblatt claims that “the story of Adam and Eve speaks to all of us” being “one of the foundation stones of three great world faiths.” If the Genesis story has resonance outside the three Abrahamic religions that is a story for another storyteller.

Greenblatt ranges confidently, with the right mix of erudition and populism, back and forth across the centuries, properly taking off with the return of the Hebrew exiles to Jerusalem who began to pull together the various strands of their own myth of origin as “a counter-narrative to earlier creation stories,” notably the Mesopotamian Epic of Gilgamesh, with its emphasis on same-sex friendships and its clearly urban rather than horticultural context.

There has always been discussion and argument about the “facts” of the story possibly best summarized in the six million-word A Historical and Critical Dictionary (1697) of Pierre Bayle who ingeniously included discrepancies from the dominant narrative in copious footnotes in order to avoid criticism.

Why has an all-powerful, all-loving God allowed his creations to suffer? How was the blame actually shared between Adam and Eve? Was the Serpent in fact the benefactor of humankind in sharing with them knowledge of good and evil? Does Eve’s being created from Adam’s rib mean that they were equal? How tall was Adam (123 feet and 9 inches) and could he have had a navel?

Why after numerous pregnancies did Eve die at the age of 940, ten years after Adam? Can Adam really have named all those animals in one day, and did the animals “fall” too? In the 1630s some rustic troublemakers in Essex, U.K. were snidely asking where Adam and Eve got the thread to sew those fig leaves together. And what kind of sex was possible in the Garden of Eden? Cozy, companionable and without lust, in contrast to our sweaty, lapsed, grapplings? And the years, reams and energy devoted to these arguments and speculations kept the story alive and well.

There has been no progressive evolution from regarding the creation story as the literal truth, to accepting it if at all, as a useful allegory, though with “many gradations between blind faith and utter rejection.”

“Who could be found so silly?” the pious Origen asked in the third century CE “as to believe that God after the manner of a farmer, planted trees in a Paradise eastward in Eden?”  Similar thoughts were more elegantly expressed by Voltaire in his Philosophical Dictionary (1764), and Mark Twain in Adams Diary (1892) mocks credulous belief in the literal existence of the first human

Whilst he does reflect on the broader world events and scientific discoveries—  an excellent chapter on Darwin for example—that have impacted the readings of the myth the author’s primary focus is on the words and experience of individual theologians, writers, and philosophers, and extended analyses of the life and thinking of St. Augustine and Milton are the core of the book.

Greenblatt does not fully confront the implications of the fact, particularly in terms of the myth’s staying power, that the creation story was the creation of men, whether in ink or paint. While recognizing that St Augustine “opened the floodgates of misogyny” he notes only in passing “that there were always “daring, saintly women who challenged the routine denigration” of women.

A few rather perfunctory paragraphs are inserted about a few female commentators (15the century Christine de Pizan, the 17th century nun Arcangela Tarabotti “immured in her convent cell”) who not surprisingly found it almost impossible to “erase the curse of Eve’s culpability from within the faith.” And it was “only from a position firmly outside the story” that the freethinking humanist Mary Wollstonecraft in A Vindication of the Rights of Women (1792) recognized the Creation myth as a device to justify the subjugation of women. So much for feminism, then.

When we reach the rather incongruous final chapter describing Greenblatt’s visit to the Ugandan chimpanzees (96% of shared DNA with us humans), the alpha male is still reassuringly walloping his females and “chimpanzee sexual relations then are something like the theologian’s dream of life before the Fall. Females are dominated but they lack any concept of domination.”

Otherwise Greenblatt seems at pains to point out the egalitarian relationship between Adam and Eve, emphasized inter alia by Milton in Paradise Lost where, with the experience of three marriages behind him he incorporated his thinking on the pre-Fall “companionship” of Adam and Eve, developed also in his political tracts on no-fault divorce.

In concluding Greenblatt feels that our more recent narratives such as the account of Lucy and our other hominid forebears are too new to challenge the “long tangled history from archaic speculation to dogma, from dogma to literal truth, from literal to real, from real to mortal from mortal to fraudulent . . . ended in fiction” of the Adam and Eve story which for him “remains a powerful even indispensable way to think about innocence, temptation and moral choice, about cleaving to a beloved partner, about work, and sex and death.”

Of course Greenblatt unlike poor Mary Wollstonecraft is arguing from “within” and may have missed scientific advances such as the discovery that the female body in fact came first. Eve’s rib anyone?

However the origin myth still remains very “good to think with” as any random visit to a cartoon bank (by preference the New Yorkers) will confirm. The story is still fertile ground for commentary on current fads and the relationship between the sexes (though largely envisaged as binary despite the potential of threesomes or foursomes, even). The Serpent extols the virtue of low-calorie, organic apples; and Eve sardonically passes Adam a modest-sized fig-leaf while he strains on tiptoe to pick the largest from the tree. Greenblatt’s story of the story is gripping and erudite, but there is still some more thinking to be done.