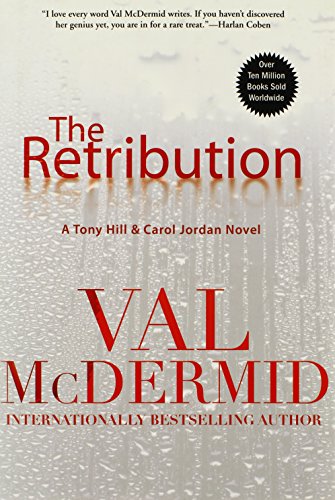 “There’s much to be admired about Val McDermid; her understanding of the human psyche is breathtaking.”

It’s usually a bad sign when an author revives a villain. Does it mean the creative juices can’t produce another plot? Or is it that the villain is so deliciously evil the reader can’t get enough?

With the return of Jacko Vance all the obvious boxes are ticked. Serial killer? Check. Kills several people in bad, bloody ways? Check. Police always one step behind? Check.

It’s a testament to the power of Val Mcdermid’s writing that knowing all this from page one doesn’t have the reader tossing the book away. There’s always a fascinating dynamic between psychologist Tony Hill and Detective Carol Jordan. Their relationship is er, um, complicated.

To say Tony Hill is socially awkward would be kind. As a profiler he admits that the reason he can get inside the head of the bad guys is because he, like them, has spent many years on the outside looking in and has missed many learning social cues.

Carol Jordan is a wounded protagonist, wounded as only cops can be. She has put together a crack team in the city of Bradfield that solves the most difficult cases. Instead of being celebrated, they are an object of jealousy and scorn in the department. Thinking he can’t be overheard, a fellow cop derides them as “a pair of lezzas, a jungle bunny, a Chink, and a ginger. All led by a gash.’’ Translations: gash is British slang for vagina, and a ginger (redhead) is an insult in England.

Ms. McDermid spends a lot of time in her characters heads—not just Tony’s and Carol’s, but in the minor players’ as well. This can infuriate readers, but it’s a technique that works well with a psychologist as a main character.

Bad guys don’t think of themselves as bad guys. They are who they are; they do what they do. Neither Tony’s mother (who makes Joan Crawford seem maternal) nor Jacko Vance spends a lot of time thinking about the why of their lives.

Tony and the cops all know they have shortcomings and try to channel them into their work and lives.

There’s much to be admired about Val McDermid; her understanding of the human psyche is breathtaking. But she doesn’t need to bring back an old bogeyman. In the next installment, perhaps Tony and whomever he teams up with can face a new villain that deserves their brainpower and humanity.