The Red Queen: A Novel (The Plantagenet and Tudor Novels) 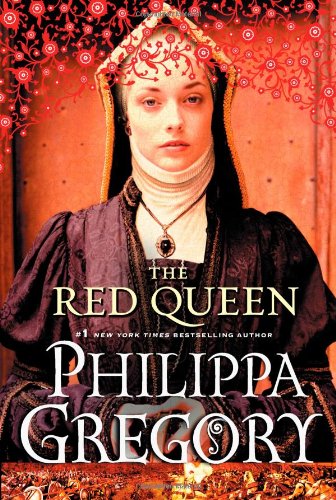 Margaret Beaufort is the matriarch of England’s Tudor dynasty. How she got there is a story of persistence, plotting, and piety. Her tale is immersed in the blood of the War of the Roses that divided Britain for generations. Civil strife revolved around two families both claiming the right to rule: the Lancasters (the red rose) and the Yorks (the white rose).

Margaret is a Lancaster who during her lifetime sees power shift multiple times. In her heart, she feels with all of her soul that the Yorks are usurpers of authority and that only the Lancaster line has the God-given authority to rule. As a woman she cannot participate on the battlefield, but behind the scenes she relentlessly campaigns for her side. Every prayer, every thought, every moment of her life is centered on cementing the rights of her family and debilitating her enemies. She is a formidable force—maybe not as famous as her descendants Henry VIII and Elizabeth I—but certainly just as driven.

The aspiration of Margaret’s life is to see her son, Henry, on the throne of England. Henry’s father is Edmund Tudor, thereby introducing the ultimate victor of the War of the Roses power struggle. Her son is the center of her world, even though she is separated from him for much of his life. This complete and potentially destructive devotion is similar to Halle Berry’s portrayal of the adult Queen in Alex Haley’s Queen.

Maternal love is deeply rooted in fear, both real and imagined. Protective instincts are permanently kicked into high gear; they are constantly on alert. Imminent danger is something to be expected, without exception. Their sole purpose in life is to protect their child from danger—a child whose future will fulfill all of their hopes and dreams.

Margaret sacrifices her entire life for her self-proclaimed royal destiny. She will not stop until she can sign her name with a flourish as Margaret R.—Margaret Regina. When her first husband, Edmund Tudor dies, she falls in love with his brother, Jasper. The two resist their feelings for each other by placing the needs of Henry before their own.

Instead of being happy with her gentle, peaceful second husband, Lord Stafford, she sees him as weakling who runs from conflict. He is kind to her and offers her a loving home protected from the violence of civil war. But it is still not enough; she criticizes him for compromising with the Yorks.

Her relationship with her wily third husband, Lord Stanley, is based solely on strategy. The two form a partnership based on establishing her son as liege. Nothing more, nothing less—the only thing is that Margaret doesn’t know if she can trust him. Like Jessica Lange in Hush, she does not establish any formative romantic relationships for herself, instead she focuses on potential matches for her son. She’ll even have him betrothed to the daughter of her archrival—the York queen, Elizabeth Woodville—in order to firmly establish her son’s reign by uniting the families. Margaret’s role model is Joan of Arc.

As a young girl, she claims to have a vision of the girl warrior. For the remainder of her life, she compares the sanctity of her life to that of the saint. She cannot fail; God is on her side. She twists religion to suit her own needs. As her self-serving spouse Lord Stanley says, “Yes, because you think God wants your son to be King of England. I don’t think your God has ever advised you otherwise. You hear only what you want. He only ever commands your preferences. He always tells you to strive for power and wealth. Are you quite sure it is not your own voice that you hear, speaking through the earthquake, wind and fire?” So convinced of her cause, Margaret likens the tactics of her rival, Elizabeth Woodville, to witchcraft.

On the eve of Henry’s planned invasion a storm swallows his fleet. Margaret thinks, “I have no-one to talk to but my God, and I cannot always hear His voice, as if the rain is blotting out His very face, and the wind blowing away His words. This is how I know for sure that it is a witch’s wind.”

The Red Queen’s cast of characters reaches operatic proportions. Keeping tabs on who is related to whom and where they fit into history can get confusing for a reader not steeped in British royal lore. Gregory keeps dates clear by listing the month/season and year at the beginning of each chapter. Events are depicted in chronological order from 1453 through 1485.

At the end, the narrative suffers from a change in point-of-view when Margaret takes a back seat during Henry’s military takeover. At times, Margaret’s inner thoughts get repetitive. Her intense focus on her son is admirable, but a more well rounded personality might have been more realistic.

Overall, Gregory tries to make the most out of an unlikeable queen.