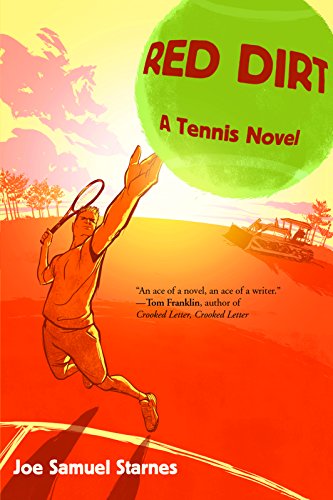 But for a few years in the early nineties, when a combination of big new rackets, big new servers, dogmatic coaching, and fast courts made it all rather boring (for spectators and, quite possibly, players), tennis has given us over a century of guilty pleasure for the eyes. Little as most Americans know of it, we're now in a golden age of viewable, televisable, or visualizable tennis, with more “all-court” players, a wider arsenal of shots, and more consistently breathtaking ball-striking.

Tennis is accordingly a very popular sport around the world and growing all the time. New tennis booms in participation and spectatorship are under way in Canada and China, while in Russia, the Czech Republic, Spain, and France the numbers continue to be good.

Once the sport takes hold of you, playing it and even just watching good players play well (whether from behind a hurricane fence at a local park, from the top of a big ATP/WTA stadium, live on TV, or even in replay on a laptop or phone) can be very compelling.

This all should be excellent news to Joe Samuel Starnes and the people at Breakaway Books, who have published his new novel Red Dirt, the brazenly conventional story of fictional tennis journeyman Jaxie Skinner’s rise from his father’s homemade clay court in rural Georgia to the semifinals of Roland Garros: good writing about tennis should be able to please such a newly receptive worldwide audience.

So the operative question is whether this is good writing, because there’s no question it is about tennis. It doggedly plows through the predictable play-by-play-by-play of Jaxie’s matches with only the briefest glances at his off-court doings, one of which ends up being, implausibly, his temporary undoing. (All undoings are temporary, aren’t they, in this kind of sports-fan fiction?)

Starnes knows some current “best practices” as a writer: after an MFA in Creative Nonfiction from Goucher and a fellowship at the Sewanee conference, he can produce absolute phrases the way a Saddlebrook junior can produce forehands.

Here’s one rather drawn-out one:  “. . . the dark sky turning to orange in a thin line before the clouds raged pink and orange around the edges when the sun rose up over the trees. . . .”  Sky, face, hair:  these are the usual focuses of a writer’s first attempts at absolute phrases, and sure enough that’s what we get from Starnes:  “. . . her blonde hair pulled back” and “her blue eyes looking right at me” and, the trifecta, “morning sun lighting her face and hair . . .”

For a book about ball-striking, Red Dirt is surprisingly and unappealingly raunchy. “She looked so good that I would have thought chicken shit had a nice aroma if it had been rubbed on her body.”  “If I had been older and wiser, I could have had sex with her right then and there.” “If you ever have to guess what a man is meditating over, it’s most likely a woman or some of her parts.”  So how about Red (and Other) Dirt? Fifty Shades of Clay?

There’s nothing that says that Starnes can’t have Jaxie sound at once like a Duke of Hazzard and a post-doc at Duke, but it would be good if at least one of those polarities convinces.

“I saw wild dogs with tongues hanging alack. . . .” Is that a typo for “slack” or really, alas and alack, alack?

“. . . I knocked off the volley crosscourt at a hard pace with lots of angle for which he had no hope of reaching.” (The “for” is otiose: reaching for it would not be a matter of hope; actually reaching it would be.)

Jaxie says a tournament official “called out our names over the loudspeaker in a very officious although effeminate tone.” One might hope from this that Starnes’ hero thinks effeminacy militates against officiousness, but it seems more likely he is thinking “official,” which would suggest Old Jaxie hit that particular stereotype right in the sweet spot.

Fat chance. Starnes seems pretty clearly to want us to like this guy, and that’s just not going to happen. He’s sexist, mean-spirited, and, worst of all, tiresome. Driving to a match, he notices that, “the state becomes flat as a pancake.” He tells us a player “could knock the cover off the ball.” And voyeuristic objectifying trumps every other interest. When Olga has broken up with him and we might hope to see some evidence of Jaxie having emotional gravitas, he looks at the tabloid photo that caused the rift: “[I] couldn’t help but admire the shots of Olga, her slender but muscular back . . .”

Other attitudes will likely grate. At one point he and Fast Eddie, his Rehabilitated Mentor Figure, need to make their way through a casino to practice courts: “On down toward the quarter, nickel, and even penny slot machines, the demographics changed to mostly black women, many obscenely wide in girth, a few in curlers and one in a bathrobe and slippers.” Unless you’ve promised a book review, you might close the book right there, if you haven’t already.

There are the usual preliminary disclaimers, but the novel is to some extent a roman à clef (as we say, a roman à clay): it gives us an Anna Kournikova-lookalike in Jaxie’s first squeeze, Olga, dallying with whom in the nude in front of a London hotel window gets him into the biggest trouble he faces in the book.  (She’s the chicken shit girl.)

The further Jaxie gets into the main draw of a tournament that’s already happened, which all of Starnes’ ideal readers know about, the less real it gets. In this kind of hamstrung selectively revisionist tennis-historical fiction, we’re not getting a particularly compelling speculation, not, say, what if Kennedy hadn't been killed, but what if the plucky, unseeded finalist in the 2004 French Open wasn't an Argentine named Gaudio but a coarse-grained American.

Real players cross Jaxie’s path, and it isn’t pretty: Andy Roddick is treated very, very badly, so badly that it’s hard to believe Breakaway Books hasn’t put themselves in legal harm’s way. “The match started like many Roddick matches do, with quick games, him holding serve easily with big bombs, and me holding serve with steady play and him making errors. . . . He is really only a few points here and there better than someone ranked 250.”  After a let call resulting from a child’s crying, Starnes’ Jaxie says Roddick “scowled at [the French umpire] and crimped his shoulders, narrowing his already beady eyes, and then he turned to the source of the wailing. The stumpy child of about three was sitting on the armrest between his two parents.” An unlikely extended melee ensues, with the three-year-old running around biting people on court, finally getting hog-tied. Jaxie wins 6-4, 6-3, 6-3, and Roddick doesn’t say anything, giving just a perfunctory handshake.

For his part, Jaxie does better after the match: “I saw kids by the hundreds jammed down at the end of the aisles, crying my name. . . .” (Really?  Hundreds? Has he seen those aisles of which he speaks?) “A USTA staffer handed me a Sharpie and I went to the front row and started signing my name like crazy. I signed autographs for every little bastard there, until they all had my big cursive Jaxie as a keepsake.” I’m surprised he didn’t sign a big cursive Holden Caulfield. (The Salingeresque “like crazy” and “every little bastard” mark a voice shift for the character, maybe an attempt to push a reliable narrative-voice-ingratiation button).

Starnes unaccountably has Jaxie take some brash roundhouse swipes at some other real folks, like Andre Agassi, Monica Seles, “. . . John Isner, whose game was starting to fade . . . ,” and John McEnroe, whom he sets up rather garishly as a straw-man villain.

“Honestly, Jaxie Skinner is not good enough to be this far into our nation’s biggest tournament,” McEnroe said. “He is a disgrace.” McEnroe continued, predicting that Gardner would beat me easily. He said I couldn’t handle the pressure of playing another late match in the Ashe Stadium. I think he knew that his running me down would get the crowd fired up, that of the crowd that would fill Ashe, many would be a little drunk, some a lot drunk, and that many of them believed everything that the great John McEnroe said.”

There’s more in this vein against Johnny Mac, inspiring Jaxie to make his version of The Pledge (à la Rocky, Cinderella Man, et al.) “I’m gonna prove myself with my racket,” I told Harry and Fast Eddie. “Fuck this son of a bitch.” “Damn right, boy,” Harry said, patting me on the back. “Damn right.”

And then, as unaccountably, there’s an intense encomium for Nick Bolletieri: “He seems like a damn cool dude, although many of his best pupils, particularly Agassi and Seles, turned on him as they grew up, probably because he was taking too much of the credit. But who wouldn’t take credit for those players if they started them young and coached them to eighteen? He coached ten world number ones.  He deserves more credit than anyone gives him.”

So Breakaway Books is assured of one friendly reader.

It’s hard to tell what games are really being played here, what towering injustices are being righted, but a lot of these are unforced errors. One completely unnecessary paragraph bids fair to lose him a whole country.

“Szucs (pronounced “sucks”) had won his way through the qualies in Binghamton, the determined bastard. I watched his progress as I made my own way through the main draw, praying that someone would knock him out but there he was, like some sort of stumpy-legged creature from deep in the Hungarian night who stalked me.”

Good luck, Starnsie, on that translation deal with Libri in Budapest.

Gregory Wilkin's most recent novel is The Rabbit's Suffering Changes: Based on the True Story of Bunny Austin, the Last British Man—Until Murray—to Play in the Finals of Wimbledon. A PTR-certified professional who has written for Tennis magazine, he teaches English and coaches tennis at Phillips Academy, Andover.