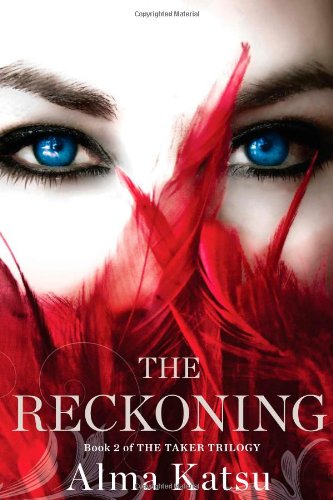 Howard Owen’s The Reckoning examines the complex relationships between fathers and sons as well as the unerring tendency of the past to haunt the present.

Following the death of his mother, protagonist Jake James survives a suicide attempt only to settle into a strained relationship with his emotionally distant father, George. Shortly thereafter, George’s old college buddy, Freeman Hawk, shows up on their doorstep with tales of his glory days as a Vietnam-era conscientious objector and draft dodger. Yet when a pair of shady figures takes to shadowing Hawk night and day, the past takes on a considerably darker and more complex patina, placing a strain on the already tenuous relationship between George and Jake.

That George is depicted as emotionally crippled throughout the narrative makes for an engagingly off-kilter dynamic among the novel’s other characters. Sidelined for the most part by drinking and despair, George is in no position to be anybody’s rock, but fate has placed him squarely in the center of events. Jake needs a father, and Hawk needs a friend. Yet the center, to borrow a phrase from William Butler Yeats, cannot hold, so it’s up to Jake and Hawk to make sense of their own lives and for each to claw his way to some semblance of normalcy.

Certainly, George’s absence can be read as a commentary on contemporary times. Set against the backdrop of both the Vietnam War and the years following 9/11, The Reckoning depicts a world in which Americans as a whole are at a loss in terms of guidance and leadership. A tragic mix of greed and desperation drives anybody with so much as a scintilla of power while a scandal-hungry media serves as the closest thing to a moral compass that Owen is willing to offer.

In this sense, The Reckoning serves as a critique of postmodern America, but in a larger sense, the novel also offers a hint of hope, for the primary challenge that young Jake faces is that of making his own way in the world. Beset by bullies, perplexed by the first stirrings of teenage romance, and suspicious of his father’s oldest friend, Jake only occasionally comes off as overwhelmed. The rest of the time, Owen has the sense to give us the impression that his protagonist just might come out on top—or at least come through his difficult adolescence with only minor scrapes and bruises.

To put it another way, Owen provides us with a story whose stakes are as high as they are within reach. As a result, the tension throughout the novel is palpable. As readers, we hope for the best for Jake even as his unguided trajectory hurdles him toward apparent disaster. Reminiscent of Tim O’Brien’s The Things They Carried and The Nuclear Age, The Reckoning is ultimately a coming of age tale for a generation raised on constant (if unfair) reminders of its failure to measure up to the overblown glories of the past.