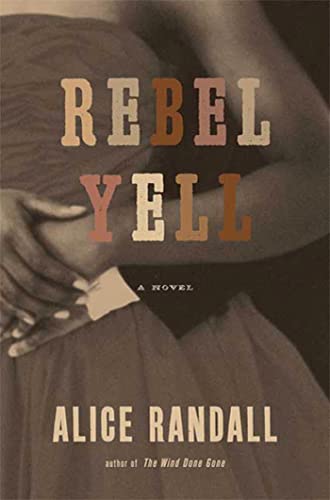 Bloomsbury USA, September 2009 Ms. Randall has crafted a fascinating and serious novel of the 20th Century Civil Rights movement. The author begins her story with the funeral of three black girls killed in a race-related church fire set by arsonists. Then Abel Jones Jr., a black civil rights lawyer’s son, has an allergy attack in a Tennessee restaurant that was formerly a Confederate horse barn called the Rebel Yell.  He is dinning there with his white wife and their children. Another diner, a white doctor, misdiagnoses his problem as a heart attack. In the ambulance, the emergency crew, familiar with the restaurant, recognizes Abel’s attack as an allergic reaction to the atmosphere of the Rebel Yell. But because he is a black man they continue to treat him as though he had a heart attack. Their purposeful neglect causes Abel to die in the ambulance on the way to the area hospital. Abel’s first wife Hope shares with the reader their years together. She remembers their years in Manila, Martinique, and Washington, D.C., when he was with the State Department. The author also has Abel, lying on the ambulance gurney, silently remembering for us his life’s challenges and failures. The story ends with his last breath. By that time, we know Abel as a black man, father to Ajay (his first wife Hope’s son, currently married to a white woman), stepfather to her white children, and father to the mixed race children she bore him. The work he was doing for the White House with the Pentagon did not clearly break accepted rules dealing with prisoners in the war on terror, but pushed the boundaries. Despite all this Abel is still a shadowy figure to the reader. Perhaps this was the author’s intention since this novel is more about race in America than the life of Abel Jones, Jr.    Reviewer Dr. Michael J. Deeb a retired college teacher of American History and former businessman. He is also the author of Duty and Honor, Duty Accomplished, and Honor Restored.