Re Jane: A Novel 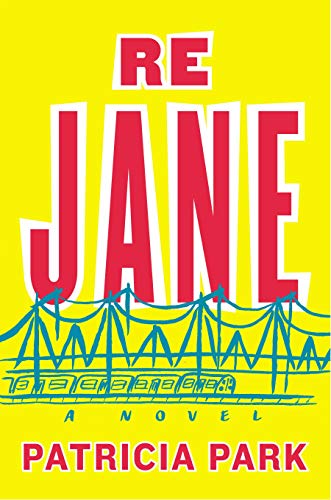 In a nation of immigrants, at a time when immigration is the hot topic, it is refreshing to read a novel in which hyphenated Americans have a chance, without political scrutiny, to express the tug and pull of grappling with dual cultures and bifurcated identities.

Patricia Park takes us inside the mind and heart of Jane Re, a half-Korean, half-American orphan, as she struggles to figure out her place in New York and Seoul, along with navigating love, work, friendship, and the cultural barriers of language.

The novel opens in Flushing, Queens—a melting pot outside Manhattan where Jane Re lives with her Uncle Sang and his family, who own a modest-sized grocery with a mix of American and Korean products off the main artery, Northern Boulevard. “From Northern you could spot our green awning,“ writes the narrator, Jane Re, “bearing four white letters in all caps: f-o-o-d. Below it were large wooden tables stacked with pyramids of fruit.”

Like many orphans, Jane Re, wants to understand her past—where she came from, who her parents were, why she was abandoned, and which culture she belongs to. But neither Uncle Sang nor others have much interest in telling her.

Like many immigrants, she is part of a ghettoized community with its own rules and rhythm. “In Flushing your personal business was communal property. Such intimate knowledge was stifling. I tapped a hand to my chest, seeking relief. I felt tap-tap-hae—an overwhelming discomfort pressing down on you, physically, psychologically.”

Seeking a way out of the Korean community, Jane Re accepts a job as an au pair in Brooklyn for the Mazer-Farley family, which, ironically, includes their adopted Chinese daughter, Devon. She finds herself working for an overbearing feminist writer and her younger, attractive husband, Ed, who finds himself immediately drawn to Jane. (Well, you can start guessing what happens next. Let’s just say that Jane gets an education in many topics.)

Through her au pair work, Jane Re expands her knowledge of immigrant life with a window into the Chinese-American community. She also endures more than a few lectures about American feminism from her boss.

After things get a bit sticky in the Mazer-Farley home, Jane journeys to Seoul for the funeral of her grandfather and to re-trace her mother’s homeland. She moves in with her Korean family—discovering, again, that culture can be a bridge—or a chasm. “I was caught in a no-man’s land- the gulf between English and Korean felt wider than the East River and the Han combined.”

Re Jane has one major flaw. It’s sappy. There is a syrup-like quality to Park’s writing that forces a bit of soap opera-ness to the novel. “I was lonely, my linguistic loneliness echoing the dull ache that tugged continually at my heart” Jane laments, in Seoul. Moreover, Park uses an occasional literary technique of having Jane address the reader as “dear Reader,” which can be irksome. “I ended things with Changhoon, Reader . . .”

If part of a good novel is infusing the reader with an unyielding devotion to the characters, this one does bind you to the narrator, Jane. But beyond that, there is something slightly vacuous about the characters, and not much in the way of surprises. Like all novels that near 350 pages, this one could use a tad more editing. What is best about the book is the Appendix with Korean family terms, which might be better placed at the beginning of the novel as a reference guide.