The Rape of the Muse 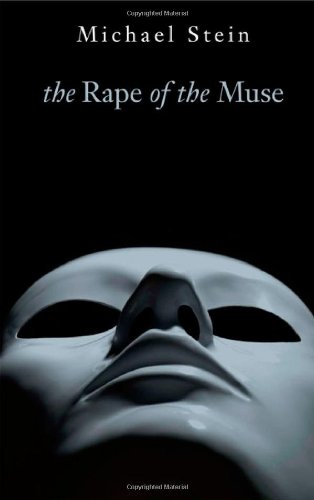 “The Rape of the Muse is a novel of many depths. There is excitement, rumination, eroticism, and intrigue. It is a strong study of character and of the importance of integrity. And it’s a compelling read. It is fiction at a very high level. Exceptional.”

Major universities and the communities that develop around them often have fine arts faculty that tend to develop their own small, independent communities. In many respects, the faculty members are practicing painters, sculptors, and designers who interact with each other.

In Michael Stein’s ﬁne new novel, The Rape of the Muse, we get to know two members of such a community in Connecticut, a city with Yale University’s esteemed fine arts and architecture schools, a small independent art school, and an outpost of the state university system. The city is also within easy reach of Manhattan and the art galleries there.

Two of the three principal characters are long-time friends and accomplished artists: Simon Pruhar and Harris Montrose. The third is Rand Tabor, a promising, much younger painter who leaves Manhattan to become Montrose’s assistant and is the principal narrator of this story. A fourth character, playing a secondary role upon which much of the story hinges, is called Binny—Elizabeth Sanford, an attractive, young music critic and writer who becomes the young painter’s muse.

The story below the surface becomes an examination of an artist’s fidelity and responsibility to himself and his art. It also touches upon what it is that acts as artistic inspiration. The surface story is equally enthralling and successful. After years of little or no attention after being hailed as one of the greats, Montrose, a sculptor, is given a show in a Manhattan gallery of his new work: computer-manipulated two-dimensional prints.

Montrose is painted by the author as a great character. His dialogue is pithy and challenging, at times insulting, particularly to his old friend Pruhar who has begun to create ceramics. Here Montrose addresses Pruhar at Pruhar’s house:

“Who are all these people?” Montrose asked.
“They’re my friends.”
“They’re not your friends.”
“They are.”
“They’re not, no matter what you think,” Montrose said. “Hey, when you come over next time, remind me to give you back the vase you gave to Cynthia. She’s too polite to say she doesn’t like it. You shouldn’t go foisting your vases on people who can’t refuse you.”

Mr. Stein follows that with: “Why didn’t Pruhar’s face darken with anger and pain? Perhaps he thought Montrose didn’t really believe what he was saying. Perhaps he heard something like affection in Montrose’s voice, which always had some tease to it even when it was exasperating. Pruhar seemed almost at ease with the antagonism; I suppose that was the price of a ticket for Montrose’s company.” This is narrator Rand Tabor’s voice.

The author’s insights into human nature are far-reaching and show up in snippets of observation: “As we walked down Madison Avenue, Binny hooked arms with me. I wanted to run into someone I knew. I wanted to be seen with her. ‘You feel good,’ she said.”

At a gallery show he adds: “I saw them checking their outfits in the reflecting windows in this heaven and hell of elegance.”

The Rape of the Muse is a novel of many depths. There is excitement, rumination, eroticism, and intrigue. It is a strong study of character and of the importance of integrity. And it’s a compelling read. It is fiction at a very high level. Exceptional.