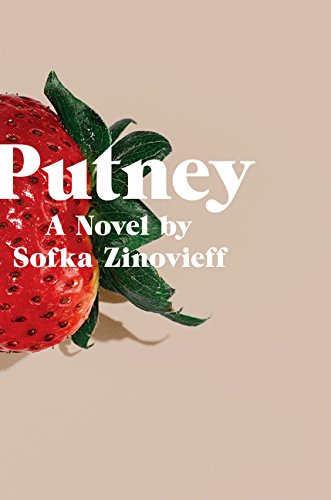 “Putney by Sofka Zinovieff is a disturbing, yet powerfully captivating story that tells how just one secret can destroy many lives.”

A rising star in the London arts scene of the early 1970s, gifted composer Ralph Boyd is approached by renowned novelist Edmund Greenslay to score a stage adaptation of his most famous work. Welcomed into Greenslay’s sprawling bohemian house in Putney, an artistic and prosperous district in southwest London, the musical wunderkind is introduced to Edmund’s beautiful activist wife Ellie, his aloof son Theo, and his nine-year old daughter Daphne, who quickly becomes Ralph’s muse.

Ralph showers Daphne with tokens of his affection—clandestine gifts and secret notes. In a home that is exciting but often lonely, Daphne finds Ralph to be a dazzling companion. Their bond remains strong even after Ralph becomes a husband and father, and though Ralph worships Daphne, he does not touch her.

But in the summer of 1976, when Ralph accompanies 13-year-old Daphne alone to meet her parents in Greece, their relationship intensifies irrevocably. One person knows of their passionate trysts: Daphne’s best friend Jane, whose awe of the intoxicating Greenslay family ensures her silence.

Forty years later Daphne is back in London. After years lost to decadence and drug abuse, she is struggling to create a normal, stable life for herself and her adolescent daughter. When circumstances bring her back in touch with her long-lost friend, Jane, their reunion inevitably turns to Ralph, now a world-famous musician also living in the city. Daphne’s recollections of her childhood and her growing anxiety over her own young daughter eventually lead to an explosive realization that propels her to confront Ralph and their years spent together.

Putney by Sofka Zinovieff is a disturbing, yet powerfully captivating story that tells how just one secret can destroy many lives. Zinovieff was born in London and educated at Cambridge. She has worked as a freelance journalist and authored four books, including The Mad Boy, Lord Berners, and My Grandmother and Me.

Putney takes place over several decades, from the mid-1970s until present day and is an honest and candid portrayal of sexual and emotional abuse. Told from three very distinctive perspectives—victim, perpetrator, and witness, the story is blunt but not gratuitously titillating. But be warned there are moments that are quite unsettling. The characters are relatable and easy to connect with especially Daphne, a naïve and fanciful young woman who’s filled with self-doubt.

“Although her memories of being with Ralph as a girl were tender, she knew they could not be talked about openly. It had always been a secret, but not a dirty one. It was still precious to her. And Putney was going to be her private vision of this forbidden but genuine love, fueled from the view from her window . . . A distillation of the past.”

Overall, Putney is riveting, thought provoking, and extremely complex. Although the subject matter is painfully uncomfortable the recent developments of the #MeToo movement make the focus timely and relevant. The terrible nature of sexual abuse needs to be openly and honestly addressed and Sofka Zinovieff has done an outstanding job of tackling the blurred lines and mixed perceptions that often exist between true love, lust, consent, and abuse.