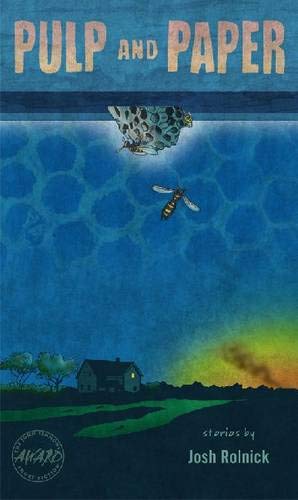 Josh Rolnick should win a prize for the best opening line of any work of fiction: “I glanced out the window as my train pulled into the station and saw the girl who killed my son.”

That line, so powerful and gripping that it should be used in writing seminars as a standard against which others might be measured, indicates that the reader can expect extraordinary storytelling and author Rolnick delivers it.

Four stories are placed in New Jersey and four in New York. Yet each is universal and there isn’t a weak one in the book. The quality—the immediacy—of Josh Rolnick’s prose stuns.

Witness this description of the accident in “Funnyboy:” “She slammed on the brakes—left twenty-one feet of tire tread seared into the asphalt—and, still, she struck Richie broadside. My son flew through the air, over a plaid sofa, and hit his head against the pavement of Mrs. Edelson’s driveway. Her forty-two-year-old son, I am told, heard the sound of Richie’s head hitting the concrete and vomited into the azaleas.” Wow. So much extra information is packed in adding color and action in so few lines.

Underneath each of these tales is a wistful foundation of loss and longing. Yet there’s never a hint of the maudlin. It’s just there, something that has to be dealt with. And Mr. Rolnick gets on with it, portraying his characters as real and with a nobility that would embarrass each of them if it were pointed out.