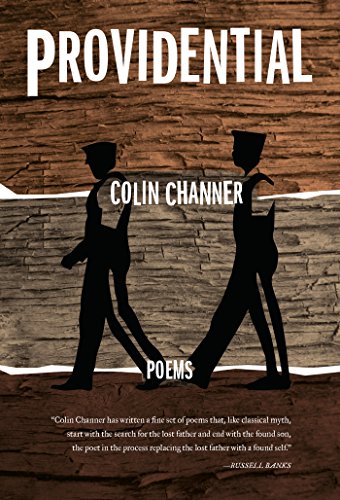 In his debut collection of poems, acclaimed prose writer Colin Channer has set out to build multiple levels in the construct of a story—life as seen through layers of gauze, probing the complex family history of a Jamaican policeman. And in the poems contained within the covers of Providential, he has, with aplomb, succeeded.

It is an adventurous undertaking for a first book of poems, but Channer approaches his topic with the same skill he has applied to his award-winning fiction, a talent that netted him a Musgrave Medal in Literature. His attention to the fibers of detail in the poems of Providential opens a narrative of life in Jamaica that illuminates the words and breathes life into the stories so that they become more than the collection of words on a page. Much more.

In “Lea,” a poem set in lyrical form but with a strong narrative broken into two parts, Channer sets readers eyes upon history through the telling of a tale in a lovely, succinct, tightly-constructed way that paints a picture as if an impressionist had touched his brush to canvas with just the right strokes.

Thirty years, a generation plus

from slavery, and Lea,

and Nev, his closest friend,

were living mostly in their

one of long views to far hills,

force and sense and habit

keeping people in their place.

It is the final line, “keeping people in their place,” that spells the truth of their circumstances and the poem builds upon the work of these words as it continues, exposing the shooting of 1,000 protesters in St. Thomas in 1865 and the forcing of householders and children to dispose of the bodies in a mass grave. Channer’s narrative flows in a gently termed yet ominous speculation:

Imagine that boy, his friend and other children

massed on the bank of a hole,

to pack ox carts with hogsheads,

It is the narrator’s sensibility that carries the weight of this narrative, and Channer has done the work to effect, expounding the story of the poem with both grace and a chilling sense of fact. It is a skill Channer uses again and again in this collection. His technique and foresight bring the underlying story of the collection, and the history he expounds, into full daylight and the collection succeeds in revealing a life and history as an essay might, but with the beauty of lyric added to narrative in an exercise that is cohesive in its ability to maintain its trajectory. It is a notable accomplishment.

Everything readers need or want is present behind the covers of this collection of poetry. As Channer states in his poem, “Knowing We’ll Be Mostly Wrong:” “The food has been fridged.”

It is worth the effort to crack the covers of this debut collection of poetry. In Providential, Channer has managed to present a full story, a living history, a sense of completeness through his verse and any reader will feel that comfortable sense of satiation in reading this work.