The Price of Silence: A Mom's Perspective on Mental Illness 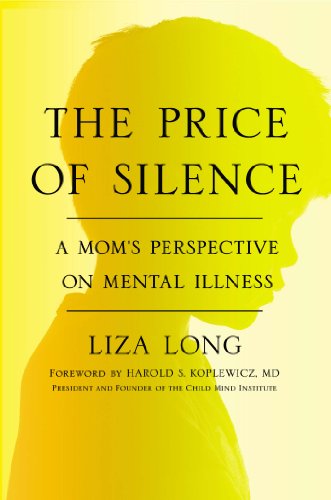 “The Price of Silence is a concise, heartfelt addition to books about mental illness.”

Liza Long’s The Price of Silence is the direct result of an anonymous blog post that went viral shortly after the Newtown shooting where “twenty-year-old Adam Lanza shot his mother, then went to Sandy Hook Elementary School and killed twenty first graders, six educators, and himself.”

At the request of an editor friend, the essay, about her son who suffers from mental illness, was republished using her real name and given the new title: “I Am Adam Lanza’s Mother.” In 750 words Liza Long beautifully articulated her private despair and frustration while helping give voice to the parents of four million children and adolescents in the US who suffer from mental illness and struggle to find care for their ill children.

Long states that she wrote The Price of Silence for two audiences: families like hers who live in the trenches with mental illness, and pretty much the rest of the population who do not know that “one in five children in the United States will suffer from a serious and debilitating mental disorder, an audience that believes mental illness is something that we still shouldn’t talk about except behind closed doors in private rooms, an audience that is convinced that the sometimes maladaptive behaviors of mental illness are a ‘choice.’”

One of the hardest things for families of children with mental illness is the societal/self-inflicted isolation. The despair of failing your own child and the misplaced burden of culpability are major contributing factors to this isolation.

“‘It was our fault,’” is what every parent wrestles with when struggling to accept their child’s mental illness. And these feelings of guilt are reinforced over and over—not just by society, but often by the very people who are supposed to help: mental health care providers who should know better.

Long states: “When my painful story went public, I thought I was the only mother in America who felt the way I did.”

She wasn’t. One out of four families has a first degree relative suffering from a mental illness.

In The Price of Silence Liza Long integrates snapshots of her life with her mentally ill son with a well-researched overview of facts. These facts, along with interviews with other family caregivers, lay out the reality of the dismal state of the present mental health care system and the effects of stigma that are so ingrained in our culture. The frustration of families and what they must face when attempting to get help for their ill loved ones dominates every page.

In the chapter “Crime and Punishment” Long does an excellent job discussing the criminalization of our ill children and the cost to society both emotionally and financially. Anyone who has tried to navigate the mental health care system knows that the justice system is both an obstacle and an avenue to treatment for the mentally ill. The justice system has “become the institution of choice to treat children with mental illness.”

“Getting our children who have mental illness out of jail and into treatment helps restore our faith in the basic foundational American principles all children learn and want to believe can be theirs: life, liberty, and pursuit of happiness.”

Nothing will change “until we can talk about mental illness—until we overcome stigma and fear—we will continue the destructive and painful cycle of prison, substance abuse, and unpredictable (but all too predictable) violence, as families and children suffer in shame and silence.”

The Price of Silence is a concise, heartfelt addition to books about mental illness, and is a must read for parents, mental health care providers, politicians, educators, and those in law enforcement.

How nice it would be if Long’s second audience—those who do not know or frankly care that much about mental illness—would find this book. Unfortunately, like many similar books that tackle this subject, finding that first audience is relatively easy, but engaging those who just don’t get it is and remains the problem. Hopefully this book will go as “viral” as Long’s “I Am Adam Lanza’s Mother.”