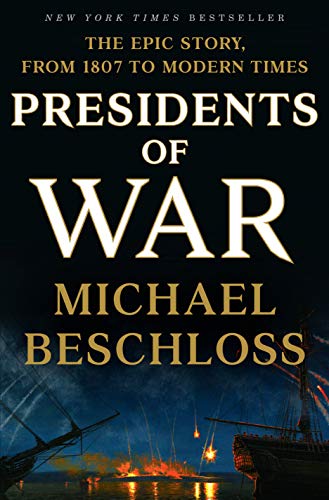 In the 21st century, Americans take for granted that U.S. presidents exercise broad war-making powers. U.S. armed forces fought a lengthy war in Iraq and have been fighting a war in Afghanistan since October 2001, without congressional declarations of war. That was not the design of the Founders.

The United States Constitution divides the war making power between the Legislative and Executive branches of the federal government. It grants Congress the power to declare war and empowers the president to act as commander-in-chief of the armed forces.

In Federalist No. 69, Alexander Hamilton explained that “it is the peculiar and exclusive duty of Congress, when the nation is at peace, to change that state into a state of war. . . ." James Wilson assured the Pennsylvania ratifying convention that the Constitution “will not hurry us into war; it is calculated to guard against it. It will not be in the power of a single man, or a single body of men, to involve us in such distress; for the important power of declaring war is vested in the legislature at large. . . ."

The prolific presidential historian Michael Beschloss in his new book Presidents of War shows unmistakably that both Hamilton and Wilson were wrong. “[D]uring the past two centuries,” Beschloss writes, “Presidents, step by step, have disrupted the Founders’ design. With the too-frequent acquiescence of Congress, they have seized for themselves the power to launch large conflicts, almost on their own authority.”

Beschloss examines eight presidents and their wars: Madison and the War of 1812; Polk and the Mexican-American War; Lincoln and the Civil War; McKinley and the Spanish-American War; Wilson and World War I; Franklin Roosevelt and World War II; Truman and Korea; and Lyndon Johnson and Vietnam.

It is a sobering tale of strong executive leadership often accompanied by hubris, deception, outright lying, error, political misjudgment, and unconstitutional actions. What Arthur Schlesinger, Jr. called the “imperial presidency” has been with us in wartime since at least 1812.

James Madison’s hubris and misjudgment over how to respond to Britain’s impressment of American citizens led a woefully unprepared nation to declare war on the mighty British Empire in 1812. A misconceived effort early in that war to seize Canada failed. The White House and the Capitol burned. It was largely due to Britain’s distraction in Europe (as Napoleon returned from Elba), that the U.S. snatched victory from the jaws of defeat.

Madison took the nation to war, Beschloss writes, “in the absence of a large, immediate threat to American survival,” and thereby “lowered the threshold so that future Presidents and Congresses could . . . more easily enmesh the nation in sundry military conflicts for lesser purposes.”

Three decades later, President James Polk provoked a war with Mexico that in the end nearly completed America’s continental expansion or “manifest destiny.” Polk’s decision to unilaterally send U.S. troops into harm’s way on the disputed border with Mexico and his subsequent embellishment of an ambush of U.S. soldiers brought damning rebukes from Senators Henry Clay and Daniel Webster, and Congressman Abraham Lincoln.

Lincoln, Beschloss notes, accused Polk of fabricating a pretext for war while “fixing the public gaze upon the exceeding brightness of military glory—that attractive rainbow, that rises in showers of blood—that serpent’s eye, that charms to destroy.” Polk resisted congressional efforts to obtain documents related to the border incident that led to war by invoking “executive privilege,” a precedent that future Presidents would follow.

Ironically, it was Lincoln as president who waged the most costly American war by executive fiat. Perhaps that was the only way the southern rebellion could be crushed, but Beschloss is being disingenuous when he claims that Lincoln waged the Civil War “within the democratic process.”

The blockade of southern ports, the suspension of habeas corpus, the censorship of the press, the summary arrest of opponents of the war, the refusal to abide by the rulings of federal courts—those were not done “within the democratic process.” As the author acknowledges, even Lincoln himself admitted that some of his actions were not “strictly legal.”

Lincoln did not just “encroach on civil liberties,” as Beschloss claims; he trampled on them. Historian William Manchester was closer to the truth when he wrote: “the Civil War figure to whom Americans are introduced as children . . . has little in common with the cool, aloof dictator who ruled this country unflinchingly as the sixteenth President of the United States.” The ends in this case justified the means, but Beschloss should have been more up front about the nature of the means.

William McKinley was a reluctant commander-in-chief during the Spanish-American War in 1898. He initially resisted calls to intervene in Cuba to end the cruelty of Spain’s colonial rulers. Even when the U.S.S. Maine blew up in Havana’s harbor, McKinley resisted the rush to judgment that Spain was to blame.

War fever prodded by segments of the popular press, however, soon prevailed. Congress declared war and McKinley waged the war based on erroneous intelligence as to the origin of the Maine’s explosion caused in part, Beschloss suggests, by a Navy cover-up.

Beschloss criticizes McKinley not primarily for his actions during the war, but for his decision to colonize the Philippines, which involved suppressing a stubborn insurgency and casting the U. S. “before much of the world as an oppressor.”

In contrast to his treatment of Lincoln, Beschloss is unsparing in his examination of Woodrow Wilson’s wartime actions. Wilson, like McKinley, sought to avoid U.S. involvement in war, but when events (Germany’s unrestricted submarine warfare and the Zimmerman telegram) forced his hand he ran the war as an autocrat.

Wilson imposed loyalty tests on executive branch employees. He persuaded Congress to pass espionage and sedition laws that punished those who publicly opposed his policies. His administration attacked anti-war unions and censored the press. After suffering debilitating strokes that rendered him unfit to govern, Wilson, his wife, and others in the administration engaged in a massive, unprecedented White House cover up.

Wilson both during and after the war brooked no opposition from Congress or members of his own administration. His unwillingness to compromise with a Republican-led Senate resulted in the defeat of the Versailles Treaty and America’s absence from his cherished League of Nations. The “war to end war” instead produced the most destructive war in history two decades later.

. . . that men will thank God on their knees a hundred years from now that Franklin D. Roosevelt was in the White House.”

But FDR, too, used extra-constitutional means to wage war, stifle internal dissent, and protect the nation from perceived domestic enemies. He authorized warrantless wiretaps on American citizens. He violated the Neutrality Act to assist Great Britain. He issued an Executive Order to forcibly remove people of Japanese ancestry from their homes on the west coast. He used the IRS against his political opponents.

Like Wilson, FDR and his administration engaged in a cover up regarding his health as he sought an unprecedented fourth term in office in 1944. His failing health undoubtedly contributed to his mishandling of Soviet dictator Stalin toward the war’s end, with fateful consequences for the postwar world.

Madison, Polk, McKinley, Wilson, and FDR waged wars that Congress declared. Lincoln refused to acknowledge that the Confederate States of America was an independent country and therefore did not seek a congressional declaration of war to deal with the rebellion.

Presidents Harry Truman and Lyndon Johnson, however, launched costly and controversial presidential wars in Asia without seeking a declaration of war from Congress. Despite their failure to wage those wars successfully, which resulted in their political demise, they set precedents that their successors would use to wage war in the nuclear age.

“The Founders,” Beschloss writes, “would probably be thunderstruck” about this development in their constitutional framework. “They anticipated,” he continues, “that any Chief Executive would strain to avoid taking the nation into conflict, except to confront a genuine, immediate national danger. And they expected that in the absence of such a danger, all future Presidents would resist any temptation . . . to launch a major war out of lust to expand their own popularity and power.”

Beschloss concludes his impressive survey of presidential war making by noting that perhaps nuclear weapons, ballistic missiles, and cyberwar have effectively rendered a congressional declaration of war obsolete. War, he laments, now often rests on the whim of the president alone.