The President Is Missing 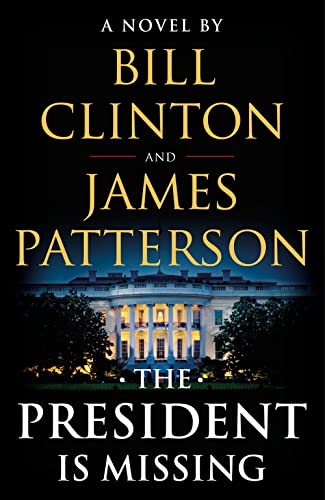 A dangerous terrorist named Suliman Cindoruk threatens to unleash on the United States a deadly computer virus that will infect every server in the country. The virus will take advantage of the interconnectivity of modern technology to spread everywhere, crippling the nation and casting American society into a “Dark Age” without access to financial data, infrastructure systems, and any form of electronic communication.

When the two foot soldiers who perpetrated the virus for Cindoruk contact President Jonathan Lincoln Duncan through his daughter, seeking to make a deal in return for amnesty and safe passage back to their homeland, the president decides that the only way to save the nation is to follow their instructions. He leaves the White House in disguise, goes underground with a small team of trusted personnel, and tries to bring the coder and her hacker boyfriend in from the cold.

Unfortunately, everything goes sideways when the coder is taken out by a sniper, leaving Duncan without access to the information needed to neutralize the virus and save America from total collapse. It becomes a race against time for the president as assassins, political enemies, and a traitor within his inner circle close in for the kill.

James Patterson is a fiction-writing machine who has prolonged his career by teaming up with co-authors such as Andrew Gross, Peter de Jonge, and Candice Fox. With The President Is Missing, his choice of President Bill Clinton as a writing mate has rocketed him to the top of the bestseller charts once again.

While a third ghost writer may have lingered in the shadows to crank out the actual flesh of the story, Patterson’s trademark approach to the thriller is plainly evident. The plot moves quickly, paragraphs are short, chapters are brief, and the action, for the most part, takes precedence over everything else.

President Clinton’s contributions are evident in certain parallels to his own life. Duncan’s late wife was as brilliant as Hillary is, his closeness to his daughter reflects Clinton’s relationship with Chelsea, and the lengthy address delivered to a joint session of Congress at the end reads like a Remembrance of Speeches Past. Then there’s the impeachment process looming over Duncan’s head, which comes off as awkward and uncomfortable, given the reasons for the real thing faced by the co-author during his presidency.

Some of Clinton’s input is good, such as Duncan’s momentary confusion while trying to drive a car after a decade of having been chauffeured everywhere, and his abrupt reintroduction to life on the streets of DC as it’s experienced by the less fortunate. But for the most part, the wealth of insider information and context expected from a co-author with Clinton’s experience in the White House has not been exploited by Patterson et al. The novel reads as though it could have been co-written by any fan of The West Wing or Designated Survivor.

Make no mistake, though, The President Is Missing is an entertaining read. While it doesn’t contribute anything innovative or memorable to the thriller genre, it disappoints somewhat in its paucity of insider nuggets, and the address to Congress forms an ending that sends us out onto the street with a bad case of indigestion and a dull, nagging headache, it delivers enough to warrant a “Buy It” recommendation.

It’s inoffensive and mildly amusing, it reads quickly and effortlessly, and it delivers what it promises—the kind of suspense-driven thriller that has put James Patterson on top and kept him there.