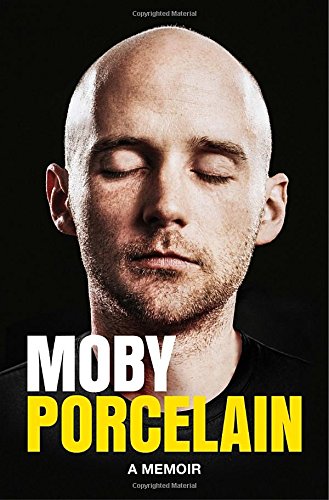 Imagine being Moby, the musician who just happens to be an actual descendant of Herman Melville (which is where Moby gets his nickname, get it?), and you’re asked to write your memoirs without the help of a ghostwriter. It’s a bit like asking Paul McCartney’s son to knock out a few pop songs.

But Moby—who is most widely known for his haunting electronic dance songs from the 1990s—says in his memoir that he took to writing like a whale to water. Okay, sorry. No more of that. . . .

Moby, as it turns out is a good writer. He can be shrewd, thoughtful, and insightful which you might not expect from someone who describes himself as a punk rat from Connecticut. But just as the music that Moby turns out is often beautiful, so his writing is accessible and sometimes quite funny.

While on a tour of Greece, Moby tells the story of being forced to take the stage even though he was deathly ill because a local mob boss was the promoter who, you know, insisted the show must go on. Although Moby says he’s felt as though he was at Death’s Door, he knew this would be the wrong time to take a sick day. He performed.

“During the first song I felt my flu abating a little bit. By the third song I was banging on my Octopad and yelling into the microphone. Was this the cure for the flu? Being compelled by mob bosses to play old rave anthems. . . . I looked over at the side of the stage. Constantin [the mob boss] had taken his jacket off. He and his bodyguards and his girlfriend were smiling and dancing like little kids. I smiled, happy that I was going back to New York with all my fingers.”

And when Moby recounts his mother’s death from cancer, he makes her vivid through his stories and it’s clear where he gets his talent and grit.

“I drove us home. She was small, and sitting in the passenger seat with her eyes closed and her bald head, she looked like a baby bird. When I pulled into her driveway, she opened her eyes.

‘This is going to be hard, Mobes,’ she said gently. ‘But remember, I love you.’

‘Can you stay for dinner?’

‘Yes, as long as we have deep-fried veal.’

‘Okay, you can have veal with extra bacon,’ she said. ‘And maybe some fried cheese for dessert.’”

Moby is very entertaining and the early parts of the memoir, when he’s recounting how, as a homeless teenager, he broke through to the bigtime to become a house DJ at the club Mars, have you cheering for him. He meets Madonna, Jeff Buckley, Sonic Youth, Iggy Pop, and others.

We’re also with him all the way as a song he created in a friend’s apartment becomes a Top 10 single in England and suddenly, he’s jetting off to Europe on a regular basis.

It’s the middle of the book that’s a problem. Once Moby starts drinking and becomes as he says “an alcohol enthusiast,” the stories get repetitive and boring. Like a lot of drinking stories, it helps if you were drunk and there at the time. Then everything becomes very funny. Unfortunately or fortunately for the reader, we were not with him.

This memoir has plenty of charm and if you grew up in the ’90s, this one’s for you. If not, well, it’s not THAT charming.