The Plotters: A Novel 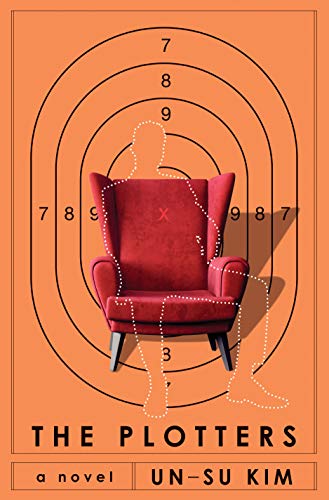 “Un-su Kim takes us on a ride, but a ride with both action and contemplation. Highly recommended.”

Reseng is, on the one hand, a mystery. Found in a garbage can as a baby, outside a nunnery. Raised by a man known only as Old Raccoon. Without family or blood ties.

On the other hand, he is simple. An assassin. He has one job. He does it.

But nothing is simple to Reseng. The Plotters is a study of his life, his thoughts, his purpose. Why is he a part of this dark world? Why can he not choose to live the life most people have? He sees it, in a way, as destiny.

“In the end, none of us can leave the place we know best, not matter how dirty and disgusting it is. Having no money and no other means of survival is part of the reason, but it’s never the whole reason. We go back to our own filthy origins because it’s a filth we know. Putting up with that filth is easier than facing the fear of being tossed into the wider world, and the loneliness that is as deep and wide as that fear.”

Told in stories about his present jobs, his past regrets, and the future of the assassination business, The Plotters follows Reseng as he considers his life and its meaning. Is there more? Is there a way out? Or is it as cut and dried as the way everyone he knows ends up cremated in his associate Bear’s furnace?

“Every time he dropped off a body for cremation, Reseng got the ridiculous notion that the souls of those once-hectic lives were exiting through the chimney. A great many assassins had been cremated there. It was the final resting place for discarded hit men. Hit men who’d messed up, hit men tracked down by cops, hit men who ended up on the death list for reasons no one knew, and assassins who’d grown too old—they were all cremated in that furnace.”

The world of assassins is unsettled. Old Raccoon isn’t the only one running the show. Reseng finds himself in the middle of a stealth war. Is there a way to get out of it alive, or will he soon find himself in Bear’s furnace?

Translated by Sora Kim-Russell, The Plotters is written beautifully, thoughtfully, wandering through Reseng’s thoughts as a visitor observes a new landscape. The story is dark but inviting and feels like new territory, even in the genre of hit men. Un-su Kim takes us on a ride, but a ride with both action and contemplation. Highly recommended.