Playing with Matches: A Novel 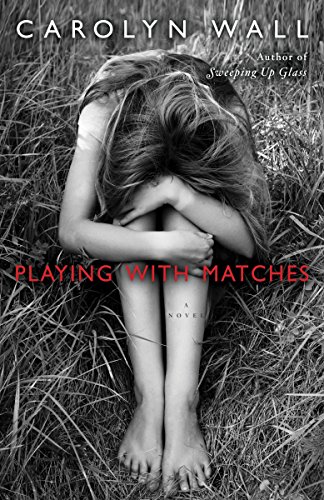 Lies, lust, and betrayal form the backbone of this Southern story.

When we discover, right at the start, that Miss Jerusha Lovemore, who lives on Potato Shed Road in the Mississippi town of False River, once worked for a chicken circus, the bait—for those of us who love this colorful genre—is already cast.

But of course, it can’t be tied to just any old Southern hook. The writing must flow, the characters must resonate and there must be enough believable quirks and idiosyncrasies to summon up the authentic rhythms of a small town somewhere south of north. It’s something author Carolyn Wall, whose first novel, the equally Southern Sweeping Up Glass won all sorts of accolades and awards, manages masterfully.

By the time, only a few pages on, we learn that the main character, Clea Shine, was born on her mama’s kitchen table “so as not to ruin the sheets upstairs,” we’re already noodling for catfish.

Clea, she tells us herself, only lived in her maternal home for an hour and 10 minutes. It took that long for her mama to get off the table, clean herself up and step into her high heels. “Then she carried me, in a wicker basket, over to Jerusha’s.”

Not that Clea’s mama was too weak and helpless to look after a baby. Fact is, she was so tireless she could drink, dance and laugh all night—and did, mainly with the prison guards from across the way.

That Clea is loved by her stern, black surrogate mother is never in doubt, but the proximity of her “glamorous” white trash birth mother at times puts an almost unbearable strain on her loyalties.

Growing up, “when I felt truly lost—which was most of the time,” says Clea, “I went out to the narrow lot and sat down in the weeds. From there I could observe both houses. After all, I had two eyes, didn’t I? Two nostrils, two arms, two knobbly knees.

“The trouble was, I had only one heart.”

It’s a situation ripe for a tragedy which can only be solved as a grown-up Clea seeks to find her way out of one betrayal too many and back into the life of the one person who truly knows her.