The Place of Stones: A Novel 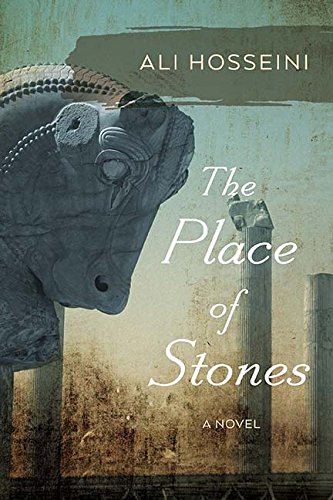 There are not many recent novels about life in Iran. Somehow in the rush to write novels about the Middle East or other Muslim-majority countries, Iran has been left far behind while Iraq, Afghanistan, and Pakistan take precedence. Ali Hosseini has done western audiences a huge service by offering an Iranian perspective to age-old conundrums such as industrialization, war, and religion.

The Place of Stones is set in the plains at the foot of the Zagros Mountains, where families live simply as farmers and laborers. Hosseini’s prose is light but impactful, painting pictures in a deft style and allowing readers to perceive places that are not in front of them.

“The old village of Sangriz, a blind knot of low abode houses and narrow, crooked alleys, clung to the hillside, looking as if it had clawed itself to the rocks and bushes to keep from sliding down the side of the mountain whose shadow fell heavily over the village. A kilometer or so away stood the columns of the ruined palace of Persepolis. Below were the vast happy green fields of Dashtak, belonging to the landlord. Above the village lay the arid fields of uneven ground with its numerous ups and downs belonged to the villagers and was divided into narrow strips, a piece of land as dry and wrinkled as if the creator in his wrath had showered down shapeless dark stones upon it.”

Hosseini’s main characters are two young men named Haydar and Jamal, best friends and soon to be related through marriage. Jamal is the practical one, reigning in Haydar’s huge imagination as the latter dreams of finding Alexander’s hidden treasure in the mountains. There are rich descriptions of simple farm life and everyday antics of the village children, and ruminating discussions of how life used to be before machines arrived. Everyone in the village seems to be looking inward, envying the past and dreading the future.

It seems as if their fears are well founded. A landowner decides to convert the areas where they farm into a brick factory, and the lives of the villagers are thrown into disarray. Haydar is upset and aggressive, leading to imprisonment. Jamal is more pragmatic, and decides to modernize. The entire village becomes a microcosm through which readers view industrialization.

“As the days went by, the more he saw the brick factories and heaps of baked and unbaked bricks on the Dashtak plain and heard the roar of dump trucks instead of the top top sound of the water pump, the more withdrawn and disillusioned he became. He couldn’t believe how, in less than a year, not just Sangriz and its people but also the other villages in the surrounding area had changed so much. Many people had sold their small plots of land to the brick factories that were mushrooming up everywhere. Everyone talked about making money. He could see the jealousy and ostentation in people and wondered at the root of it.”

At the same time, Iran is going through a revolution, and this too affects the village in untold ways. Religious leaders with extremist ideas begin to visit, asking for men to join the army and fight in the Iran-Iraq war. It seems to Hosseini’s cast of characters that everything around them is threatening to shatter their peaceful, simple existence. The final affects of these humungous changes are not only widespread but deeply painful.