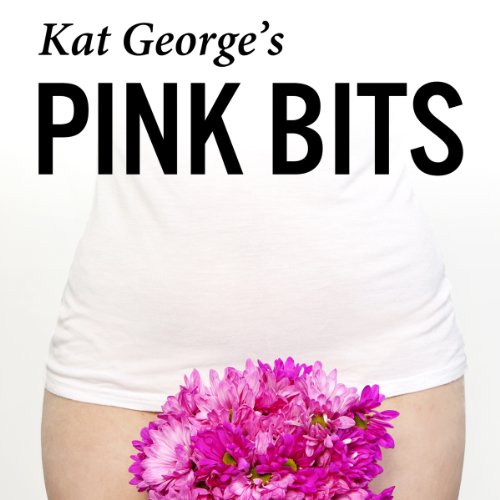 Kat George’s Pink Bits is an example of the growing volume of media products—books, blogs, films, television shows—produced by young women primarily for a specific demographic of girls and women, though Ms. George invites young men along for enlightenment.

Typical of these products Pink Bits jumbles the genres of autobiography, self-help manual, personal empowerment literature, and homespun philosophy, the essential message: “I have been through all of this and still love myself and you can do it too . . . because you’re worth it!”

Some examples of this genre are lightly fictionalized though Pink Bits has the air of verisimilitude throughout. This is basically a new type of literature gestated in social media that challenges received notions of what is a book and who can write an autobiography.

Given the subject matter and the fact that the author is stated to be “an early adopter of feminism” (move over Mary Wollstencraft) the question should also be posed as to how it fits in the feminist canon.

Kat George takes us on a breezy, irreverent, and only very moderately raunchy ride (despite perhaps pretensions otherwise) through chapters dedicated to her experiences—fetal, fecal, menstrual, virginal, coital, coital, coital, girl-on-girl action, and—inevitably—medical, ending with philosophical self-approval and blessings for her readers and their vaginas.

She comes across as the ideal big sister one never had who is actually prepared to tell it like it is.

Some handy coinages that deserve some further mileage include “the sacred fig,” “vagina panic,” and “the terror dome of sex.” Although overwhelmingly self-referential, the author appears at one point to reference the sainted Super Model Kate Moss by inverting her iconic statement—“almost everything feels better than skinny feels.” Ms. George’s legions of fans (who follow her at Vice, Jezebel, Bullett, Noisey, The L Magazine, The Vine, Oyster, Galavant, and Everything Is Fucked/Everything Is OK) will no doubt be delighted and looking forward to the sequel of sexual and gynaecological events still to be experienced in her long lifetime.

While it would be easy for those of us not in the target demographic to dismiss ebooks such as this it is important to recognize that they serve a valuable function for their many readers. Kat George addresses many current issues such as poor body image, bullying, feelings of lack of self-worth leading to high-risk sexual behavior (“Would you like me better if I fucked you?”), and many other resonant concerns.

Pink Bits needs to be seen for what it is: “unprocessed” feminism, and as valuable to its audience as recent works with many more pretensions such as Sheryl Sandberg’s Lean In which addresses for another demographic the same issue of the need for greater female self-assertiveness.

Kat George is no doubt aware of the broader context in which her ebook is a part, perhaps the most obvious being Lena Dunham’s HBO series Girls. And she may or may not be familiar with earlier works dedicated to the female organ such as The Vagina Monologues (Eve Ensler 1998).

In any case it might be enriching to her own product and for her readers as she proceeds merrily through life’s vicissitudes if she could compare and contrast her views and situation with some other practitioners in the field. As she says she does not “believe womanhood to be bound up entirely in my sexuality” and it would be interesting to hear about some of the other “princess cut of facets” that make her who she is.

Can we also make a plea for old-fashioned page numbers?