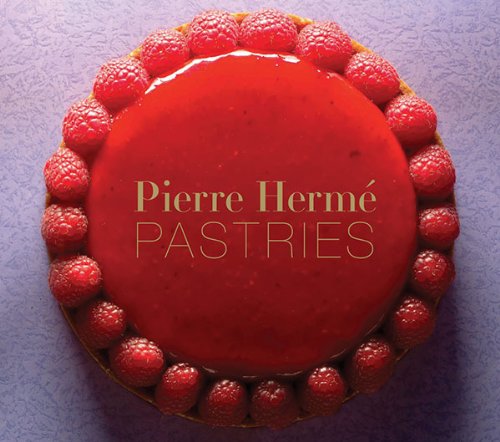 “Fifty dollars for a book as hideously edited/translated as this one? What an insult to readers.

So for readers who just want pretty pictures—and possibly the inspiration that comes with them—Pierre Hermé Pastries might be worth the money. Everyone else, hold on to your wallet.

Fifty dollars for a book as hideously edited/translated as this one? What an insult to readers.

Scarcely will those readers turn the opening pages of the book without finding a confusing direction, odd measurement, or outright error in the ingredients or recipe steps.

At first, a baker may think “it’s just me—I’m just missing something that must be here somewhere—after all, look at how beautiful those cream puffs/yule logs/cookies are in the photo!” But no, gentle baker, in this relationship, none of the fault lies with you.

Confusing directions—or those that seem to make little sense in a home kitchen—can sometimes be explained, if not excused, by the fact that these recipes come from a chef, not a home cook. And odd measurements, even if annoying, aren’t so surprising given that these recipes were probably scaled down from their bakery proportions, then translated out of grams. But reading “In a saucepan, bring the cream to a boil” for 4 teaspoons cream will make a reader do a double-take, and, as in typical in many of these recipes, wonder in the next sentence what happened to the cream (it reappears a sentence later—directions jump around seemingly without reason.

Again, in a commercial setting, these jittery directions may be exactly how the chef works, and sensibly so—but there’s no effort here to explain the “why” for anything, nor to make it more logical for home cooks.

Outright errors, though, abound, and there’s no ’splaining these away. Approached as sport, it’s almost fun to play “spy the lie” in the ingredient list and directions for each recipe—but only if you have no money and effort (and high hopes) involved. What, silly you, you actually tried to bake from this book?

Maybe you should have had a clue that this was never the intention, given the handsome heft of the book—a pastry cream splatter simply doesn’t belong in this neighborhood.

Pierre Hermé is a justifiably much celebrated and praised chef. However this book came to be what it is, it doesn’t do him justice. After all, his concept—provide a classic recipe and then a modern variation of it, with historical background to introduce both—remains a solid idea, despite the execution. Cream puffs, flan, gingerbread, muffins, strudel, crème brulee, cheesecake, chocolate chip cookies, madeleines, meringues, ice cream, eclairs, and tarte tatin, for example, all come what will look like a useful recipe (at first glance) for any baker, and many of the variations would not be difficult, though many others do require specialty ingredients and much time.

The book opens with an apparently straightforward recipe for blancmange. But when it comes to the gelatin sheets called for, the instructions say to soften them in cold water, then place the sheets in a bowl and freeze them for 15 minutes before melting them in warmed almond milk. There may be good reason for those directions, but they don’t follow the standard (soften sheets in cold water, lift them out and gently wring out the excess, then melt in warm liquid). With no efforts made to explain the “why,” this recipe kicks off the unease about the recipes’ reliability.

The next recipe, “Festival,” uses almond sponge cake rounds layered with Bavarian cream, coated in Italian meringue, and decorated with a variety of fruit. Not a quick recipe, though none of the steps would be very tough . . . but where’s the final step? According to the photo, the meringue should be browned, presumably with a torch. The recipe, however, simply ends after piping the meringue around the cake and topping with the fruit.

From there the concerns keep piling up: The yule log recipe lists three 3 eggs in the recipe list (with 4 egg whites coming a bit further down), but then calls in the instructions for “beat the egg yolks.” Further along, the pastry cream calls for a cup of heavy cream, which appears in the instructions only as “add the rum, and then the whipped cream”—with no previous directions to whip the cream. Then, in the buttercream, the ingredient list calls for 1½ egg yolks (!) and 1 egg, but directions say “beat the egg yolks and whole eggs.” So should that really be 1 egg or more? These may be minor issues that a good baker can risk guessing at, but when they keep coming, so does that unease.

And then you hit a major issue. “Infinitely Lemon Choux,” with components of a tart dough, choux paste, and lemon cream, sounds glorious, and looks easy enough at the beginning; make the tart dough, then prepare the choux paste. But, after you cut out rounds of the raw tart dough, they simply disappear from the recipe.

Comically, most readers will probably miss the “publisher’s note” on page 6, which talks about the eggs used in the recipes, but could apply to all parts of baking. It begins: “Making pastries requires the precise measuring of ingredients . . . it is recommended that you follow the exact measurements given in each recipe.” Or . . . maybe not.