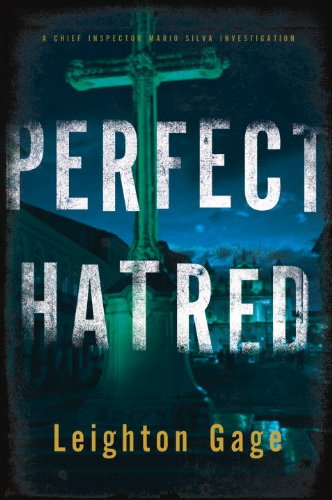 “Deftly plotted and timely . . . Master thriller writing at its finest.”

“Salem Nabulsi had prayed for good weather—and God had rewarded him with a day of brilliant sunshine.

He’d hoped the woman’s husband would leave at his accustomed hour—and the husband had departed fifteen minutes early.

He’d feared the woman would not admit him to her apartment—but she had. And he’d feared she wouldn’t die quietly—but she did.

By 8:15 AM, he’d already washed her blood from his hands, injected her baby with the contents of the syringe and chosen, from among her clothing, the hijab and abaya that were to become his shroud.

God further smiled on their enterprise when He sent a taxi driver, punctual to the minute, but also so unobservant that he failed to notice how heavy the baby’s carriage was when he folded it and stowed it in the cab.

The crowd, too, exceeded all expectations. It wasn’t yet a quarter to nine when they reached the consulate, and yet the line already stretched to half the length of the security fence.

But then it all began to go wrong.

Salem hadn’t been in place for more than two minutes before a gray-haired lady stuck her nose under the sunshade to have a look at the sleeping child.

She cooed at the infant and started telling him about her grandchildren. Salem gave her no encouragement, but it still seemed an eternity before she abandoned her attempt to elicit a response and returned to her place in line.

Next to interfere was a fat sergeant from the Civil Police. Salem, fearing the cop’s suspicions would be aroused by the difference in skin tones between himself and the baby, edged his hand closer to the detonation switch . . .”

Silva knows atrocity and tragedy. Years spent as Chief Inspector of Brazil’s federal police force has made sure of that, which is why Silva knows the real deal on both counts at the crime scene outside the American Consulate.

But just as he and his handpicked team of investigators are ready to hunt down those responsible, he gets a different set of orders he can’t ignore: A few hours south of Curitiba, an up-and-coming candidate for governor, Plinio Saldana, riding an anti-corruption ticket, has been assassinated in broad daylight at his own rally in front of his adoring supporters.

Could this latest killing somehow be related to the horrific explosion? The police’s initial suspect is Plinio’s bodyguard, Nestor Cambria; however, that suspicion doesn’t last long—Nestor, wounded in the earlier firefight, is murdered in his own hospital room.

Split between two cases and two cities, Silva’s resources are stretched as he struggles to cater to political favoritism and deliver true justice. To stretch and complicate things even further, wealthy gangster Orlando Muniz tries to ensure that he will not go to jail for crimes he has committed by arranging the assassination of the public prosecutor responsible for the case against him, of gunning down an unarmed, penniless priest; and the man who witnessed him gunning down that priest: Chief Inspector Mario Silva. . . .

Deftly plotted and timely, Perfect Hatred is an intelligent, tension-packed rollercoaster ride of murder, corruption, and deceit, with just the right amount of fascinating local history thrown in for good measure. Chief Inspector Mario Silva is a complex yet wholly believable character; the kind of cop we’d all love to have as our friend, but hate to have as an enemy.

Master thriller writing at its finest.