The Perfect Gentleman: A Muslim Boy Meets the West 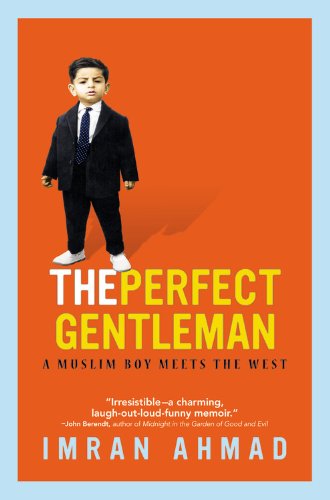 “Imran Ahmad’s light touch and sense of humanity displayed so skilfully in The Perfect Gentleman ensures that his words have a deeper meaning and a wider application. . . . If you read nothing else this year, discover this book.”

If you love to laugh and to learn without being preached to, the immensely entertaining and talented Mr Imran Ahmad’s book The Perfect Gentleman is the perfect reading material for you. By the time you have finished, you will have a greater understanding not only of your fellow man, but also of yourself.

Subtitled A Muslim Boy Meets the West, this book is written in an honest and unpretentious style that holds the reader from the first page. It works on so many levels it is hard to believe that numerous shortsighted publishers and agents reputedly declined Mr. Ahmad’s work as “not being miserable enough” and for having no “terrorism angle”!

A joyously easy route to understanding a frequently misunderstood culture and religion, the journey begins in 1962 when the author was born during the monsoon season in Pakistan. The following year, the Ahmad family moved to London, England, where they rose above bigotry and racism, displaying qualities and values that often appear lost in much of today’s society.

Seen through Mr. Ahmad’s painfully honest, often confused, and invariably hilarious eyes, we share his trials, tribulations, and triumphs as he struggles to make sense of a world that is far from black and white.

Like many young boys of his generation, the prepubescent author dreamed of pursuing a James Bond lifestyle but, as a good Muslim boy, recognized that would have to come without the alcohol or sex before marriage—a marriage that, much to Mr. Ahmad’s chagrin, he knew would be arranged by his family.

But after years of fruitless attempts at romantic encounters at Sterling University in Scotland, he capitulates, recognizing the merits of such an arrangement: help with the mortgage payments and legitimate, regular sex.

Imran Ahmad’s light touch and sense of humanity displayed so skilfully in The Perfect Gentleman ensures that his words have a deeper meaning and a wider application. Consider his description of how his own thinking and “. . . the heartless arrogance of absolute certainty has been replaced by the joy and humility brought about by embracing continuous learning and discovery.”

If you read nothing else this year, discover this book.