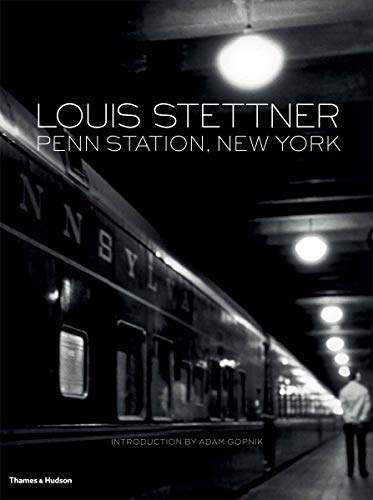 Louis Stettner's Penn Station, New York is not a photo book about the grandeur or architecture of the original Pennsylvania station—which should have been declared a landmark but instead was demolished in 1963. Stettner’s photography focuses on the people—the travelers, commuters, rail workers—and the flavor of life that passed through the portals of the station in the 1950s.

Train stations are rife with commuters either hurrying for a train or waiting for one to arrive. It is also a place where people often display quirky behavior and Stettner is a master at capturing that fleeting moment when they create a casual or grand gesture, or when they are caught up in an instant of pensive reflection and time seems to stand still in their thoughts.

His photographs single out the poetic pauses in conversation, the solemn reflection caught between the commuter rush and glimpses of spontaneous life that continue to intrigue. And while some images exhibit motion blur as if photographed with an unsteady hand, in truth they exude an impressionistic ambiance that adds to their timeless quality.

These are non-digital images, old-fashion film photography that shows all the wonderful luminance and grain of film. All of the photographs appear to be shot with a black-and-white grainy film, but the graininess only serves to enhance the images, like lithographic prints, imparting a natural artistic effect. Most of the images are contrasted such that the highlights glow and the dark values envelop elements allowing glints of detail to shine through. Many of his images are a powerful exercise in abstraction, balancing the expanse of black against spotlighted characteristics of humanity, train cars, and people. These are often juxtaposed with the interplay of artificial and natural light in the station.

Stettner's photos in this volume were taken in 1958, years after he had served as a World War II Army combat photographer, lived in Paris, and received a degree in photography from the Institut des Haute Etudes Cinématographiques. His work has been published in Life, Time, Fortune, and other publications.

For those of us who have spent too much time in stations waiting for a journey to commence, it entices us to reminisce on the rituals of traveling by rail and recall the gems gleaned from those experiences.