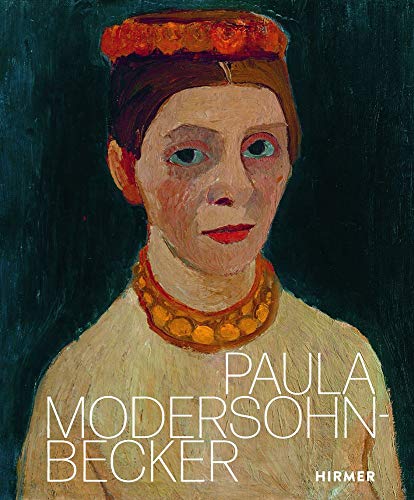 “provides a valuable view of an important artist who deserves to be better known.”

This beautiful book comes out to accompany an ambitious retrospective exhibition of the German painter Paula Modersohn-Becker in Frankfurt. The many beautifully reproduced plates, photos, and essays chart the story of an impressive artist whose life was cut short all too soon. Modersohn-Becker worked both in Germany and Paris, meeting painters (and marrying one) who defined modernism, from Rodin to Rousseau. She started painting in her twenties, developing the themes that defined her: women, children, and landscapes. She died shortly after giving birth at age 31, leaving the world to wonder where her talent would have taken her.

Each essay in the book tackles an aspect of Modersohn-Becker’s life, though naturally there are themes that repeat, her strong portraiture and astonishing nude self-portraits, for example. Together, they provide clear insight into Modersohn-Becker’s circle of artist friends, the work that influenced her, and her own intentions.

Like many modern artists, Modersohn-Becker didn’t find fame until after her premature death. But interest in her work began very soon after, and her reputation has only shone brighter with time. Inevitably, the aspect of her being a woman forms a large part of her story and not only because her biology led to her death. As Ingrid Pfeiffer, the editor of this collection, writes:

“Despite—or perhaps even because of—the few years that Modersohn-Becker lived and worked, her work seems like a burning lens directed at the debates, both formal and thematic, not only on art in Germany around 1900 in general, but exemplarily on the art of a woman painter in an extremely difficult era for women. Her motifs are unmistakably feminine, and at the same time rigorous, direct, and at times downright radically different from those of her contemporaries, created in often solitary confrontation with art history as well as the latest trends, which she was able to ‘absorb’ during her stays in Paris between 1900 and 1907.”

For all the images of starkly powerful women, including a series of nude nursing mothers, there is none of the softness or sentimentality that maternity often evokes in artists. It’s striking, for example, to compare Modersohn-Becker’s mothers with those by another woman artist who lived at the same time, Mary Cassatt. Feminists hoping for a visual spokesperson in Modersohn-Becker will be disappointed. As Inge Herold writes in her essay, family upbringing had more influence on the painter than her gender:

“In fact, in contrast to Kathe Kollwitz, for example, Modersohn-Becker was far removed from the workers’ and women’s movements due to her conservative, bourgeois background. . . . ‘Women’s emancipation is very unattractive and unpleasant in these tumultuous crowds,’ Modersohn-Becker wrote in a letter in 1901.”

A later essay in the book echoes this description when looking at the nursing mother paintings: “Modersohn-Becker’s interpretations of the mother-child motif are of an irritating ambivalence.”

She is not an easy painter to categorize, but this book allows us to see the many aspects of Modersohn-Baker’s art. The research is rigorous, and the painter’s own letters are a rich resource that each essayist draws on. The reader hears as well as sees the artist and her work. The timeline at the end allows a biographical outline, organizing the life as the essays organize the work. Whether one is fortunate enough to see the retrospective exhibition in person or not, this book provides a valuable view of an important artist who deserves to be better known.