A Particular Kind of Black Man 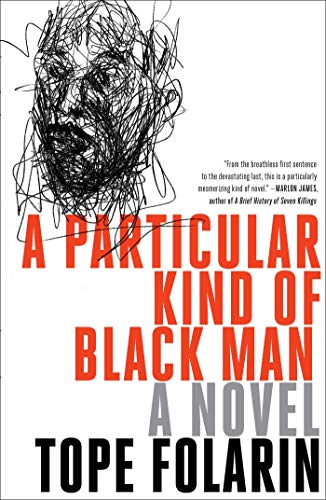 “a subtle novel that pulls you into the minutae of the story. The delight is in the detail. It is the drawing of the characters, the setting of the situations—usually of acerbic hardship—and the pacing of the experiences that will draw the reader in.”

A Particular Kind of Black Man is a straightforward story. A Nigerian man easily gets a visa to study at Weber State University in Utah and finds he is nearly the only black man for miles around. He chooses Utah because he likes to be alone, and he doesn’t want to be where Africans have settled. He brings a wife with him who becomes overwhelmed by schizophrenia and returns home, leaving him with two sons.

Despite his degree, such is the level of prejudice, he can only get lower working-class jobs. He never realizes the American Dream. A stepmother is found on a visit to Nigeria. She, too, leaves him. The sons grow up in Dallas that the father decides is more accepting of black people than Utah. One son, the narrator, Tunde, does well academically and goes to the well-known Morehouse College (where Martin Luther King studied). He has a girlfriend who persuades him to visit Nigeria to see his mother. He does. The welcome from his unknown family is stupendous.

That’s it. No great surprises. No totally unexpected twists in the telling. Not up in the star league of top Nigerian novelists—the likes of Nobel Prize winner Wole Soyinka, Man Booker Prize winners, Ben Okri and Chinua Achebe, and also two up and coming women, Helen Oyeyemi and Chimamanda Ngozi Adichie who wrote Americanah, the only other Nigerian novel besides A Particular Kind of Black Man to be set in the US.

Nevertheless, if not in the top class in this African country, which has made good novel writing an industry, Folarin’s is a subtle novel that pulls you into the minutae of the story. The delight is in the detail. It is the drawing of the characters, the setting of the situations—usually of acerbic hardship—and the pacing of the experiences that will draw the reader in. The truths about human longing and desire are laid bare in Tunde’s character. The pain of failure combined with the willed urge to look happy in public and to bring his boys up to be independently minded, strong-willed and well-educated young men are touchingly and poignantly manifest in his father.