The Paris Labyrinth: A Novel 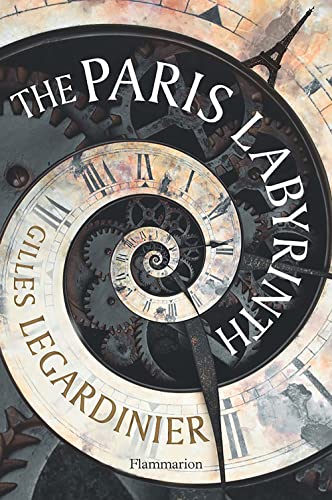 Against the backdrop of turn-of-the-century France, a merry band of master crafters are swept into an adventure involving rival secret societies, rumors of the occult, and a complex network of hidden passages under the streets of Paris.

Vincent Cavel has made a career out of building secret passages for the wealthy and powerful, with the aid of his brother Pierre and a small group of found-family companions: the German woodworker Konrad, the Italian artist Eustasio, and their youthful apprentice Henri (aka “The Nail”). He is approached by a mysterious figure, Charles Adinson, who claims to know his innermost secrets and wants to employ him. Meanwhile, Vincent has already taken on a task from the industrialist Alfred Minguier to locate a suspected hidden passage in a recently acquired property.

Narratively, this is a strong story, filled with twists and tension as Vincent and his companions tease out the mysteries presented by Vincent’s two employers. Which, if either, can be trusted? What is it they know, and what do they want? Assassins lurk in the background, secret passages turn out to contain artful but deadly booby traps, ancient edifices are uncovered and explored. The tale is set during the opening of the 1889 Paris World’s Fair, and the author has clearly put in a lot of research into the experience of visiting such an extraordinary event. The descriptions of the exhibitions and demonstrations are vivid and colorful, beautifully demonstrating the wonder and awe that the Parisians (and visitors from elsewhere) would have felt at the sight. The Eiffel Tower, built as the centerpiece of the Fair, serves almost as a character unto itself within the novel.

Unfortunately, this does not make up for the novel’s shortcomings. It is translated from the French, and perhaps this is a contributing factor to the clunky and ponderous prose, although one might argue that it effectively mimics the style of other novels from the time period.

His characters are wooden and one-dimensional—the villains are (literally) diabolical, and the heroes are handsome, clever, unswervingly loyal to each other, and essentially without flaws. Episodes of exposition see Vincent, the handsomest and cleverest of the lot, go into a sort of Wikipedia mode to describe situations to his companions in minute detail. Additionally, they have a tendency to overreact, somewhat inexplicably, to mundane discoveries, as in this scene in which Vincent speaks to his would-be employer Charles Adinson:

“Charles continued. ‘You met Étienne Begel, watchmaker, locksmith, and a grand specialist in mechanical systems who, in addition to his official activities, also worked on more confidential, secret projects. He took you under his wing and trained you.’

Vincent wheezed in pain. In his shock, he was physically forced to step back and lean against the wall to keep from collapsing. He brought his hands to his temples; he thought he was losing his mind.

‘He helped you develop your skills. He taught you the history and techniques of the secret passages.’

Vincent had heard enough. Each word Charles uttered chipped away at the armor he had so carefully built up over the years. Suddenly, his muscles tensed, shaken by a fit of rage. Defensively, he leapt up and lunged at Charles, grabbing him by the collar and shouting, ‘How can you know all of this?’

. . . ‘That’s how you met Jean-Eugène Robert-Houdin, founder of the renowned Theater of Magic, uncontested expert at sleight of hand, and creator of the greatest conjuring acts. But you know only too well that he also had other interests: Spiritism, occult science, and secret passages. You worked directly with him when Étienne Begel fell ill.’

‘I’m not the devil, Vincent. Jean-Eugène was my friend. He told me about you. He told me everything.’”

The exchange essentially boils down to Charles revealing that he knew Vincent’s mentor. Surprising, perhaps; one might imagine Vincent could be shaken by the realization that a stranger is aware of his existence; however, the degree of anguish that Vincent demonstrates in response is difficult to comprehend.

Finally, the story takes place in a curious alternate reality in which Paris is nearly free of women entirely. There are a grand total of two significant female characters in the novel: Eustasio’s aristocratic girlfriend Madame de Vignole, who makes a few scattered appearances, and Gabrielle, a young waif rescued by Vincent and his crew from a roving band of pimps. She is vulnerable, “incredibly beautiful,” and so aggressively virtuous one expects a unicorn to appear out of the ether just to lay his head in her lap. Unfortunately, she has no personality to speak of, and her activities are limited to cooking, cleaning, and being a vacuous love interest for Pierre.