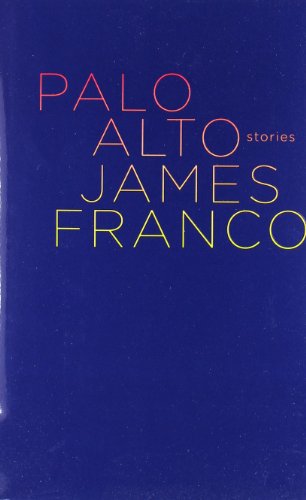 The promotional materials that accompanied my review copy of James Franco’s debut fiction collection, Palo Alto, set the bar impossibly high for the 30-something actor-turned-writer. One blurb from Amy Hempel promises that Franco’s stories will “seem to change the ions in a room,” while no less a figure than Gary Shteyngart gushes that “Franco’s talent is unmistakable” and that, as a writer, “he’s here to stay.”

That Hempel and Shteyngart are among the creative writing teachers Franco thanks on his acknowledgments page, then, comes as no surprise. After all, what’s a teacher to say when a student who also happens to be a bona-fide celebrity asks for a blurb? James Franco is a competent author whose stories offer occasional flashes of brilliance but tend to get mired in images of teenage boys getting drunk, shooting at things, and essentially raping teenage girls with little to no sense of shame or remorse?

To be fair, the lack of remorse on the part of Franco’s young protagonists speaks to one of the major themes that he develops throughout Palo Alto. His characters are, for the most part, sociopaths, because the world they live in has rendered them dead inside. Their parents are largely absent, the liquor cabinets are filled with booze, and there’s really nothing for the kids to do but wreak havoc upon the world around them. If ever there was a lost generation, this is certainly it.

Yet even if his depiction of teens growing up in the early nineties is accurate, Franco hits the same notes of adolescent hopelessness and despair relentlessly. His boys lack direction. His girls lack self-esteem. His adults come across as sinister versions of the never-seen trumpet-voiced parents of Peanuts cartoons: they drop in from time to time, but only because they have no choice in the matter.

All of this, of course, is by design. Early on, one of Franco’s narrators worries over the fact that everyone he knows leads a secret existence. “Funny how new facts pop up and make you doubt that there’s any goodness in life,” he laments. “Everyone pretends to be normal and be your friend, but underneath, somebody is leading some other life you don’t know about, and if only we had a camera on us at all times, we could go and watch each other’s tapes and find out what each of us was really like. But then you’d have to watch girls go poo and boys trying to go down on themselves.”

If nothing else, this passage reveals the aesthetic principle at work throughout Palo Alto as Franco follows his characters into the darkest, saddest corners of their lives to reveal everything there is to see—poo and all. Franco, in other words, clearly set out to paint a grim picture—but that picture is so mercilessly grim that moments of levity frequently pass completely unnoticed. Hence, perhaps, Shteyngart’s suggestion on the book’s dust jacket that Franco’s stories are “to be inhaled more than once.” A second or even third reading might reveal lighter undertones that a first pass refuses to yield.

As for Franco’s flashes of brilliance, they most definitely occur throughout the collection. Palo Alto finds the author trying on myriad literary voices ranging from J. D. Salinger to George Saunders, yet his best work occurs when he adopts the halting, shattered cadences of an accident report in a story titled “Lockheed.” Though her tale does not quite balance out the excess of testosterone that saturates the remainder of the book, the story’s female narrator allows Franco to explore the flipside of the otherwise male-dominated teenage wasteland of his imagination. In so doing, he reveals that the secret life of the American teen in the waning years of the twentieth century was much more like a car wreck than the orgy his male narrators make it out to be.

All told, Palo Alto is, admittedly, a book that’s worth reading. Though many of Franco’s images are almost gratuitously disturbing and the unrelenting hopelessness of his psychic landscapes is disheartening (to say the least), the collection exhibits a degree of coherence and a clear sense of purpose that make it far more than a young(ish) film star’s vanity project. It is, in short, literature.