Overview: A New Perspective of Earth 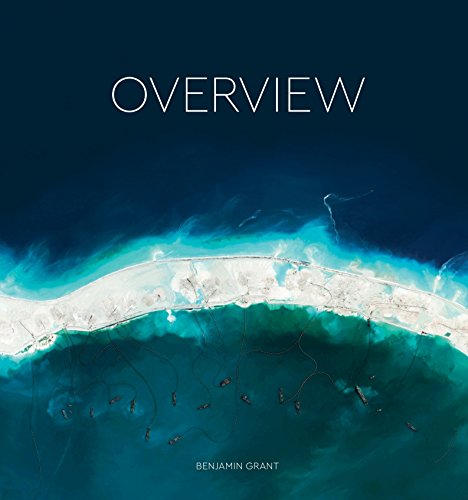 Benjamin Grant has created a unique series of images in Overview: A New Perspective of Earth, which illustrates that “there needs to be a dramatic shift in the way our species views our planet.” He has done so by creating over 200 extremely detailed “overviews,” in which each image is composed of numerous satellite photographs that have been stitched together. (The term “Overview Effect” was coined by science writer Frank White and describes the sensation astronauts experience when they see the Earth from space for the first time and have the deep realization that they are intimately connected to life on the planet.)

The images in the book are extraordinary with a level of nuanced detail that is remarkable. One imagines that as very large prints they would be astounding. From a purely abstract/artistic point of view they are incredibly beautiful. But Grant's photo captions make it clear that this view of beauty comes at a high price of deforestation, pollution, and ravaging the earth for minerals.

His image of the Tagebau Hambach Surface Mine in Germany, which mines for lignite, is so stunning that one could easily mistake it for a Van Gogh with thick impasto strokes of gray and yellow ochre. The images of the Arlit Uranium Mine in Niger, or the Chuquicamata Copper Mine in Chile, with its broad areas of reddish earth divided by deep parallel lines of blue-black are equally impressive images but also leave one aghast at the devastation created in the name of power sources for “better living.”

Not all of Mr. Grant's images are dismal reminders of how we treat the planet. His images of the Brøndby Haveby just outside Copenhagen or the aerial view of Valparaiso, Chile, appear as pleasantly ideal as a scene out of Sim City, while his aerial view of the congested San Francisco Bay Area does remind us of the surface of the Death Star in Star Wars.

Throughout the large format, lavishly illustrated, and expertly reproduced book Grant juxtaposes sets of images of the same location for before and after comparisons. He illustrates the awe inspiring birth of the Nishinoshima volcanic island in the Pacific, south of Japan, as well as the sobering annihilation that occurred in the ore Mining Waste Disaster in the village of Bento Rodrigues, Brazil, in November 2015, where two dams collapsed flooding the town and killing residents.

Grant's Overview is an amazing book that will dazzle you with imagery only a handful of humans will ever view firsthand from space. And while the images do not necessarily succeed on the level of the deep realization of being intimately connected to others on the planet, they do carry a weighty message worth remembering: the “modern” lifestyle of refrigeration, unimpeded electrical power, and the laptops that many of us enjoy come at a high price that most of us are totally unaware of.