Over the Edge: A Novel 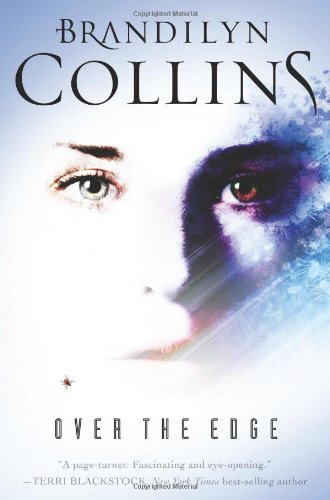 Imagine yourself suffering from joint pains, muscle weakness, and confused thinking. Friends and family vacillate between support and “snap out of it” kinds of statements. Perhaps your doctor has assured you that nothing is wrong—that tests are negative or that Lyme Disease could not possibly exist in your area. And yet, you know differently.

Over the Edge provides validation to any person who suffers from the long-term effects of Lyme Disease. While the story is based on Ms. Collins’ own life experience, she builds a tense and dramatic novel that illustrates how a person can fall into the web of misdiagnosis and ineffective treatment.

This is a dense and compact narrative that holds its tension, while following the protagonist in a withering battle—not just against disease but also a hostile spouse, a disbelieving law enforcement community, and a sinister perpetrator who claims that he has purposely infected her. Ultimately, she learns that her daughter will be infected next, unless she can convince her husband that the disease is real.

Janessa McNeil is a young mother of a nine-year-old daughter. When she becomes infected with Lyme Disease, few, including her physician husband, will listen to her or believe her story. He attributes her behavior to “sour grapes” as their marriage falters on the rocks. With little evidence (i.e. negative test results) to strengthen her case, Janessa finds herself alone, except for her faith. She turns to God through the reading of Scripture. Fortunately, the Internet serves to acquaint Janessa with a group of “Lyme literate” doctors who are willing to listen—and to believe her.

Over the Edge is the work of a bestselling novelist who has researched but also lived the problems connected with Lyme Disease. Diagnostic Testing techniques vary, causing many patients to have a false negative unless further testing confirms both a diagnosis and/or co-infections, which can be equally debilitating. Some victims suffer misdiagnosis, incorrect treatment, termination of insurance benefits, and in some cases, death.

Any reader heretofore untouched by Lyme Disease will realize its potential life-threatening consequences. Ms. Collins’ deft use of medical and forensic terminology fit well with the story line without talking down to the reader. Part of this is done with dialogue, using a Lyme-literate doctor. Use of both first- and third-person narration, however, can be confusing.

The book’s strength lies in its educational value. The author provides a dramatic illustration of symptoms, as well as disease progression. It will serve as a valuable resource to any patient who wishes to connect to a network of other disease sufferers or “Lyme Literate” physicians.

The Centers for Disease Control (CDC) and the Infectious Disease Society of America are important references; however, the scientific community is divided when it comes to both methods of testing and treatment, especially for patients whose symptoms persist following an initial course of antibiotics. The scientific literature regarding diagnosis and treatment is only a couple of decades old—small by comparison to other illnesses. Over the Edge seeks to describe one woman’s experience and the opinions on both sides of the argument.