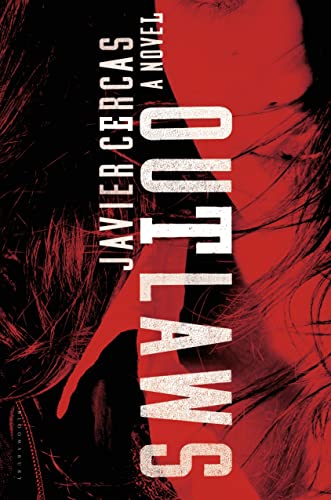 “Javier Cercas is a seasoned polisher of Spain’s recent past, taking a single event or memory and rubbing at it and peeling away the dust of myth that has built around it to uncover new layers and perspectives.”

Asking what this novel is about will result in a list of different answers. It is about juvenile delinquency, gang crime, the justice system, identity, memory, Catalan nationalism, post-Franco Spain, social class, celebrity culture, narrative technique, 1970s pop music, and the cult Chinese TV series The Water Margin.

In a broad sweep of the basic plot, Ignacio Cañas, a bullied teenager from a lower middle class family, gets caught up with a gang from the rough side of Gerona. The gang is led by the enigmatic Zarco and his sidekick Tere.

Cañas is drawn into a life of low-level crime—bag snatches and shoplifting—but graduates rapidly to creeper burglaries and eventually armed robberies.

In the summer of 1978 events hurl into a violent swirl of violence, drugs, sex, and death.

The police are on to the gang and following a tip off and a botched bank raid Zarco is arrested.

A quarter of a century later Cañas has become a respected lawyer and Zarco, who has spend most of his life in prison, a folk legend.

From early on Cercas outlines the basic storyline, and the narrative tension is driven by revisiting key points in the story from different perspectives: alternating narrators and the benefit of new information gained with hindsight.

Cañas’s relationship with Tere—mostly frustrated teenage infatuation, with an occasional tryst—is at the heart of the story. It is she who approaches him when he is a successful lawyer and asks him to represent Zarco and help him get out of prison.

Cañas has kept his criminal past hidden but has always been burdened with the gnawing thought that he was somehow responsible for Zarco’s arrest; however, the main motivation for taking on the case is his renewed and now fully consummated passion for Tere.

Into this mix the author weaves the emergence of previously suppressed Catalan identity in rapidly changing politics of post-Franco Spain.

Javier Cercas is a seasoned polisher of Spain’s recent past, taking a single event or memory and rubbing at it and peeling away the dust of myth that has built around it to uncover new layers and perspectives.

His previous book, The Anatomy of a Moment, focused on the failed military coup by a small group of Francoist soldiers in 1981, while his novel before that, The Soldiers of Salami, builds on a rumor dating back to the Spanish Civil War.

In Outlaws, like those previous books, the nature of memory is a major theme, how the same incidents are transformed by different narrative perspectives, and how even the same narrator comes to revisit them with the passing of time and addition of previously unknown information.

Outlaws is set in Gerona, and the city’s transformation from backwater outpost to thriving regional capital, where former barrios and red-light districts become arty bohemian suburbs, maps the growing confidence of Catalan culture and politics.

Javier Cercas is skilled storyteller, with an innovative narrative technique. He is expert at building up expectations only to subvert them with a twist or sudden revelation that casts everything you thought you knew about his characters and their actions into a new light.

He maps out the story arc, and the reader may think he knows what is coming, but by the last page everything, in the words of WB Yeats, is changed utterly.