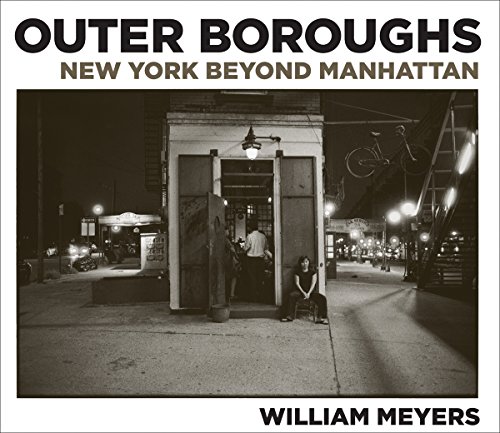 With Outer Boroughs: New York Beyond Manhattan William Meyers has created a collection of distinct images that cannot be interpreted as belonging to any other place than New York. They resonate with a New York vibe, and even to those unfamiliar with the city, the images speak something of the people, the makeup, and attitude of that place. When many think of New York City, the images that come to mind are those of Times Square or Rockefeller Center, but Meyers intently reveals the less familiar, unexplored side of New York City.

As someone who has grown up and lived most of my life in New York City, Meyers’ book rings true and captures the spirit and feel of residing in the outer boroughs. The homes and backyards of Queens and Brooklyn, the open spaces of the Bronx, the views from Staten Island, the weddings, modest kitchens, the bodegas, bar mitzvahs, apartment buildings, elevated subway stations, and fenced-in public school playgrounds, are very familiar and create an accurate picture that transports you into the rhythm of life outside of Manhattan.

Meyers’ vision of the city’s open spaces is gritty, detailed, and often stark rather than romanticized. He is a photographer whose work is validated and represented in collections of the Museum of the City of New York and The New York Historical Society, and shows great insight in how he connects and depicts the citizens of the city. He is clearly a people person, engaging and romanced by his subjects. The response captured by his camera displays a genuine affirmation of emotion. His portrayal of the people of New York is full of character, attitude, and generosity of spirit.

The power of Meyers’ images does not lie in superficial juxtaposition but with subtle indications and precise observations of people and architecture that give us a sense of place. Other photographers like Joel Meyerowitz or Bruce Davidson have given us insight into other aspects and dynamics of life in New York. Meyers’ photography accurately reflects the humanity and slower pace of daily life in the still vibrant but lesser known areas.

Outer Boroughs reflects two decades of Meyers’ walking the streets of neighborhoods, getting to know the people, and being welcomed into their surroundings. Street photographers who thrive on spontaneity and making personal connections will certainly appreciate Meyers’ point of view and dedication in creating this volume.

William Meyers’ the Outer Boroughs is lavish in its printing. The excellent dynamic range of these photographs impart a feeling of luxury with their deep blacks, long tonal scale, spot varnish on the images, and lovely matte paper. The impressive printing is complemented by the handsome binding.