Out of Bounds (Karen Pirie) 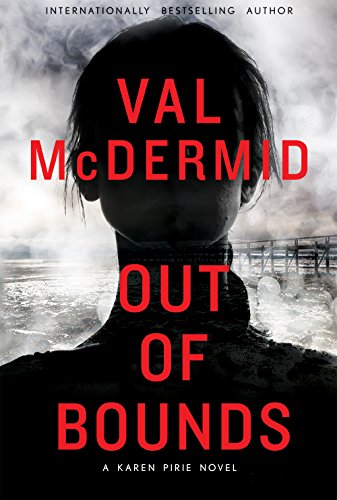 Out of Bounds is Val McDermid’s 30th novel. Featuring Detective Chief Inspector Karen Pirie, head of Police Scotland’s Historic Cases Unit, it begins with a group of drunken young males who steal a Land Rover and wind up in a world of trouble. (Readers may be forgiven if they recognize this opening as being quite similar to that of The Distant Echo, in which Karen Pirie makes her first appearance.) When a routine DNA test connects the lone survivor of the teenagers’ misadventure to a 22-year-old unsolved murder in Glasgow, Karen Pirie is off to the races in another cold case investigation.

The plot maintains a steady pace as Karen becomes involved in a second investigation in which a possible suicide in Kinross links back to a terrorist bombing from two decades ago. While technically not Karen’s case to investigate, it keeps her occupied while she waits for warrants and other developments to unfold in her own cold case. While it’s always a risk to follow two separate storylines in one narrative, McDermid does a good job of preventing the two threads from becoming tangled in the reader’s mind.

While Out of Bounds will more than satisfy confirmed fans of Val McDermid’s particular take on tartan noir, it presents a few challenges to readers who are new to her work. Karen Pirie is an interesting and engaging protagonist, but her character test in this novel centers on the recent death of her love interest, Det. Sgt. Phil Parhetka, who was killed before the events of this novel take place. While Karen’s struggles to deal with her loss are reasonably well portrayed, the death itself is never fully explained. Readers new to McDermid’s canon are left wondering if Phil was killed off in a previous story or, if not, exactly why it happened between novels, as it were.

Certain of her narrative devices also prove to be rather irritating. For example, in two separate instances McDermid devotes three pages to info dumps of background material found by Karen on the Internet, one a mock Wikipedia entry on the terrorist bombing and the other a magazine article—in eye-jarring columns—focusing on one of the victims. Frankly, the vast majority of readers will resist the narrator’s invitation to play detective along with Karen and skip past the raw data in search of her analysis.

Most problematic, however, is the characterization itself and the rather lazy way in which the narrator brings secondary characters on stage. As they are introduced to the readers, key words such as sinister, brisk, condescending, and smug (DI Alan Noble) or grinning, strong, delighted, and gracious (Sunny O’Brien) leave no doubt as to whether they are antagonistic or sympathetic to Karen and her causes.

In general the characters are disappointingly flat and predictable, including Karen’s only colleague in Historic Cases, Detective Constable Jason “The Mint” Murray. Indeed, one hesitates to criticize the unfortunate Jason for fear of contributing further to the bullying and demeaning behavior to which this poor character is subjected by Karen and the narrator both.

Fans of Scottish crime fiction who are already devoted to Val McDermid’s stories will enjoy this latest offering. However, readers coming to Out of Bounds as their first exposure to her work may not find enough substance or style to bring them back for more.