Other People's Clothes: A Novel 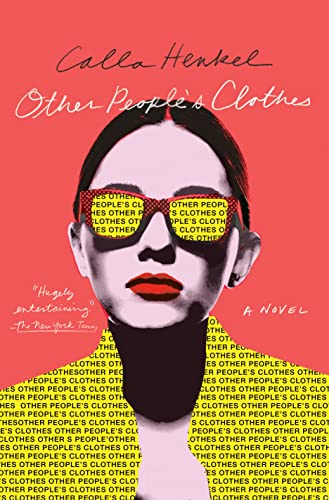 Calla Henkel’s debut novel has a lot to please readers who want a heavy party scene, a frothy narrative that pulses with a heavy metal beat. Zoe, the narrator, is an art student who has used art since she was young as a way to make herself liked. When she goes to Berlin for a year abroad (not even her first choice, which is Helsinki for some mysterious reason), she becomes close friends and roommates with Hailey, another American who also sees art as a means for popularity. Actual art making or creative thinking aren’t the point of the story and anyone expecting a sense of the visual world—or actually any kind of culture—in Berlin will be disappointed. Instead Henkel serves up the gallery “scene,” openings and after-parties where being seen and making connections is what matters.

The most vivid descriptions involve drinking and throwing up, preparing for parties and cleaning up after them. Things spiral to a dramatic climax after Zoe and Hailey start using the incredibly large sublet they chance upon to create their own club scene. The dark background to it all is the earlier murder of Zoe’s best friend, Ivy, and the Amanda Knox murder accusation in Italy (another year-abroad student more interested in partying than studying).

Friendship itself seems toxic, potentially deadly, in this novel, especially the kind of friendship young women sometimes develop, underlaid with competition and power dynamics. Hailey is the alpha in the relationship, the one making all the plans, while Zoe is the compliant follower. Zoe recognizes the dynamic, but there’s no deeper thought than that. After an evening where Zoe finally objects to Hailey’s treatment of her, she sums up the aftermath like this:

“Neither of us had directly acknowledged the fight at the end of the Viola dinner but Hailey had grown kinder, offering to do the dishes, suggesting we see a movie together—trying to smooth over the conflict without dealing with it. It was predictable. She was a pendulum, swinging into darkness only to return brighter and sweeter. She would never apologize.”

Another friend, observing the mean girl dynamic warns Zoe, “You should deal with it before you snap.” Then she quickly adds that it’s their friendship; they should do what they want.

Lurking underneath the partying, interesting ideas pop up :exploring identities (the wearing of other people’s clothes), the search for self that’s typical during the college years. None of them are explored much, just suggested in a tantalizing way, only to be buried in the club/party scene, the desperate need to be popular, to be famous. The overbearing narcissism of the characters, their need to be “important” in the most superficial way possible could be seen as an indictment of contemporary values, but it doesn’t seem meant as such. Rather, the urge for fame, for social media attention is simply assumed to be a good thing. There’s no questioning of the values served up here, just a heaping high plate of propulsive movement. There’s always another party to go to or host. This book serves as your invitation into the scene, if that’s where you want to go.