The Other Americans: A Novel 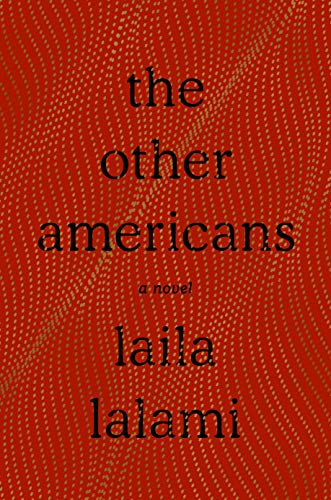 “A timely, and more importantly, a vivid, often searing examination of the lives, attitudes, and emotional baggage of immigrants and Americans in a small California town.”

As if we needed proof that the pain, fears, and resulting Islamophobia of 9/11 have not gone away, a recent altercation in West Virginia over a poster—one depicting a U.S. Muslim congresswoman against the burning twin towers and sparking outrage—was a powerful reminder.

The debate over immigration and treatment of immigrants in the United States continues to rage in many forms. That makes Laila Lalami’s The Other Americans both timely, and more importantly, a vivid, often searing examination of the lives, attitudes, and emotional baggage of immigrants and Americans in a small California town.

Lalami, a finalist for the Pulitzer Prize for her 2014 novel, The Moor’s Account, is an immigrant herself and no stranger to these issues. But in The Other Americans, she largely avoids the pitfalls of politicizing it by framing the story as a murder mystery.

The story opens when Driss Guerraoui, a Moroccan immigrant who owns and manages a diner in California’s Mojave Desert, is struck and killed by a speeding car. The incident is witnessed only by an undocumented Hispanic immigrant who is afraid to come forward.

Driss’s daughter Nora, who comes home to mourn with the family, is convinced that her father’s death is no accident. She remains long after the funeral both to press the police in their investigation, but also to work through her grief. In the process, she deals with unresolved conflicts with her mother and sister, and also develops a relationship with Jeremy, whom she knows from school. Since high school when he essentially had to care for his family when his father could not recover from the death of Jeremy’s mother, Jeremy has taken a much different path, joining the Marines in the post-9/11 era, serving in Iraq, and now working for the local police department. But seeing Nora again rekindles past feelings—and a central part of The Other Americans is a love story of Nora and Jeremy that banishes stereotypes.

With each chapter providing a bit of the story told from the the perspective of a different character, even the deceased father, The Other Americans runs the risk of being choppy. However, Lalami holds the narrative together and through her storytelling technique, managing to convey a far deeper understanding of each person, their personal history, and why they may think and act the way they do, than perhaps more conventional methods would. Illustrating how events impact each character, telling in their voices, Lalami convinces us much more readily, such as in how Nora reacts during the arraignment of a suspect in the hit-and-run.

“But if the roles had been reversed on the night of April 28, and Mohammed Driss Guerraoui had killed a man he had been fighting with for many years, would he have been charged only with a count of hit-and-run?. . . Growing up in this town, I had long ago learned that the savagery of a man named Mohammed was rarely questioned, but his humanity always had to be proven.”