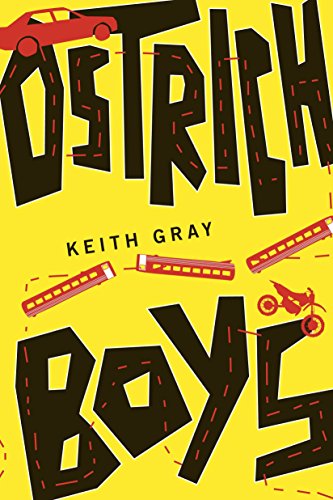 What can Ross’s three friends do to create a decent memorial for Ross that his family and the townspeople have messed up? Sim, Kenny, and Blake show their disgust with the tacky service for Ross by confiscating his ashes. They begin a long trek from England to Scotland. They are sure Ross would have wanted to be taken to the small town in Scotland named Ross.

In the last week of Ross’s life many people mistreated him. His three friends blame his family, his girlfriend, his teachers, even themselves. Now that Ross is gone, everybody claims him as best friend. The vicar makes Ross sound like a “paint-by-numbers” person.

Significant that such a serious, tragic situation brings about much amusement. Blake, the narrator, has had no experience carrying around ashes in a jar. His questions: Did a skinny fifteen year old fill up the urn? Would an older, fatter person’s ashes spill over the top? How was leg ash different from arm ash?

When the boys make their plans to take Ross to Ross, Scotland, it is almost like one of the plots of the adventure stories Ross loved to tell. Blake has a stab of realization that Ross will never be around again to make up stories for his buddies. But the next morning, standing on the station platform, train tickets in hand, they are tense and jumpy, insecure in their decision.

A scene on the rattling, swaying train typifies adolescent curiosity. Ross’s ashes are secreted in the urn. In spite of their attempt to remain respectful, eventually all three want to peek inside. Blake compares it with his desire when he was with a girl—he just wanted to “take a look.”

Kenny leaves his money in his rucksack (backpack) on the train; they make a career of missing their train connections. Desperate, they join up with two cocky, loud older guys. All their bumbling, fumbling actions make for extreme anxiety. Blake screws up his courage to bungee jump to raise money for food and train tickets.

At resting times the friends discuss questions typical of coming of age, whether it is who gets which girl, disbelief in God, seeing themselves on TV, or dealing with the police. On a wild scooter ride, Blake blames Ross. “What kind of person have you made me into?” He wonders what he was expecting from the journey: forgiveness? redemption? understanding?

Author Keith Gray lives in Edinburgh, Scotland. As the best tree climber in school, he never received top marks in English. After writing seven books, he now aspires to be a rock star.