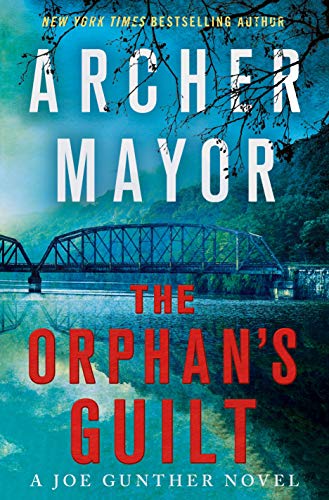 “If you’re not already a fan of Archer Mayor, then here’s the opportunity to find out why so many people are.”

Some people describe storytellers as “weavers of tales.” In that context we can consider Archer Mayor a master weaver. In his latest entry in the Joe Gunther mystery series he has woven a story so tight it has no frayed or dangling threads, no pattern breaks or color flaws. Instead it’s a marvelous construction of plot, character, and setting that would need a chainsaw to rend apart.

Thirty previous volumes in this series have honed the author’s skill. It’s given credence from his personal experience in various aspects of law enforcement and emergency response work, plus decades of living in the series’ setting: Vermont.

Vermont is as much of a character in these stories as their central protagonist, Joe Gunther—squad leader of the (fictional) Vermont Bureau of Investigation—and his longtime, hand-picked team. In prose that makes readers who live in Vermont alternately nod, sigh, or weep, he accurately conveys the mix of the state’s calendar-picture perfection and seamy underbelly, highlighting its wealth and poverty, layers of contradictory cultures, and their effects upon each other, along with individual traits of the towns, quadrants, and seasons.

Not to mention crime.

The VBI’s jurisdiction is intrastate murder, so each story is a police procedural. This volume is so engrossingly procedural it answers many questions of how and why the different police forces operate, separately and together. In The Orphan’s Guilt that includes relationships with attorneys, reporters, and private investigators to pull all the threads together.

It just so happens that most of these characters know each other personally and have boundaries they must stay within that restrict their ability to help each other, adding tension and conflict to the need for sharing knowledge.

Everyone’s aim starts out from diverse corners but converges steadily to the center. Gunther’s VBI team is engaged to investigate murders of people connected to a cold case from two-plus decades previous. It begins when a brain-damaged young man finally dies from his condition, cutting loose his brother who has cared for him loyally since childhood, all alone.

That brother promptly goes on a bender and gets himself arrested for drunk driving. He engages an attorney who engages an investigator to find positive character information to lessen the consequences of the brother’s charges. Then the brother disappears.

The investigator happens to be the daughter of a character featured in a previous volume, Tag Man. That title character lives in the shadows of the dark net and has managed to turn a life of crime, or borderline crime, into a profitable, invisible life that taught his daughter well and motivated her stay on the correct side of the law.

She hooks up with an aggressive photojournalist, who happens to be the daughter of Joe Gunther’s love interest, who happens to be the state medical examiner. Vermont is such a small, thinly populated state that such path crossings are plausible, if not inevitable. In fact, all these characters have mixed together, for better or worse, in previous adventures.

Here they coalesce into a seamless team. The story is told from their contrasting viewpoints, logically progressing from the trigger situation to the formal investigation. The lawyer and PI work to showcase the brother-keeper’s virtue, while the journalist and police attempt to connect the brother-keeper with later killings linked to the injury all those years ago, which change the dead boy’s demise from an assumed birth defect to actual murder.

Murder has no statute of limitations, so once the question is raised, officials are obliged to pursue the truth. Several suspects are either already dead or unaccounted for, making the dig for facts even tougher. Especially when the prime suspect himself is murdered under their noses.

Unlike more thriller-flavored novels that might wring the conflicts into melodrama, in this story the protagonists simply proceed from clue to clue in search of the truth regardless of personal motive. Each party uncovers information that they share with believable hesitation but timeliness, instead of withholding it to force tension. Tension itself is provided by the process of discovery.

The author walks us through every step, making it fascinating instead of pedantic. The procedure forms the core of the story—to continue with the weaving analogy, the warp—while the side action forms the over-under woof that gives strength and completion to the whole.

Best yet from a reader’s standpoint, The Orphan’s Guilt is an excellent point to enter an established series. All the regulars are involved, with their page time  balanced evenly. Enough of their backstories are provided to understand who/when/where/what/why, meanwhile involving everyone in a brand-new scenario.

If you’re not already a fan of Archer Mayor, then here’s the opportunity to find out why so many people are.