The Orphan Mother: A Novel 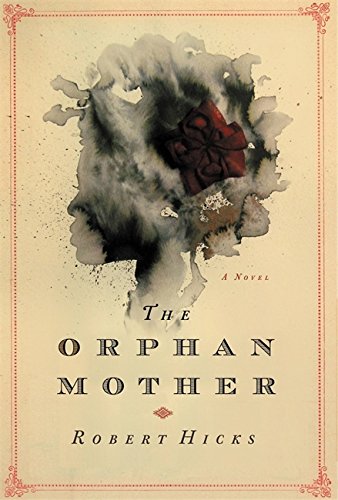 This thought-provoking novel is set in the years just after the Civil War. Before we plunge into those turbulent times, we are introduced to the former slave and town midwife, Mariah Reddick, forty-five years after the war. Standing on her shabby doorstep she greets four men, all of whom are “dressed just like a white man.”  They have come from the university to discuss naming a building after Mariah to mark her “enormous generosity.” But for Mariah, “this was not about names. This was, always and forever, about that one child . . . who had hoped some day the world could get better, for Negroes especially, but maybe even for whites too.” And so the intrigue is set up: How could this humble lady afford such generosity? And who is the child she honors?

We are then transported back to 1867 and begin our journey with Mariah: a journey that sees her change from being the proud black mother of her intelligent and upstanding son, Theopolis, to the grieving mother desperate to know who murdered her son and why.

Mariah’s instincts and senses are primed as she delivers a new life into the world. The baby boy is the son of Evangeline, the wife of Magistrate Elijah Dixon. But as Mariah uses her teeth to break the choking cord round the baby’s neck neck and save his life, elsewhere Elijah Dixon is plotting a murder that will inadvertently lead to the death of her own son, Theopolis.

Dixon engages a New York City Negro called George Tole to eliminate a man he sees as a threat to his greedy plans. Having honed his skills as a Yankee marksman during the war, Tole’s reputation as a sharpshooter is second to none. But when he is secreted high above the stage where his white target will appear among the speechmakers, things go wrong and Theopolis dies. As Mariah searches for the truth, she and Tole grow close, building the tension and the empathy for both characters.

We know from the outset that Mariah was a slave on the plantation belonging to Carrie McGavock, the “Widow of the South” in Mr Hicks’ earlier bestseller. But you do not need to have read this or any other of his books to enjoy this heartrending story. And The Orphan Mother certainly has tragedy by the bucketful, so much so that it begs the question: Were the prologue and epilogue added, perhaps at the publisher’s request, to bring a note of hope and optimism to the story?

This is an engaging book, and it is a pleasure to sink into the accomplished writing of Mr Hicks and discover the harsh, post-Civil War harsh, world for former slaves. But Mariah understood this world: “There were consequences of freedom; the world had not been miraculously transformed by paper declarations of independence.” And the overriding sentiments are the reaffirmation of the strength of a mother’s love and the human spirit’s ability to overcome bad and find good.