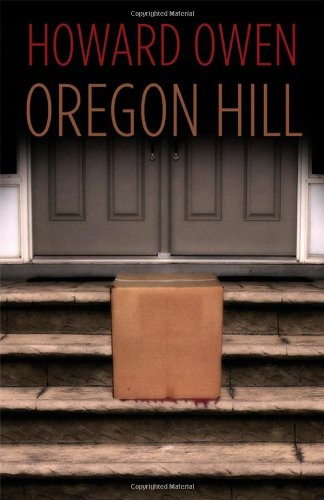 Willie Black, the son of a drug-addled white mother and a light-skinned black saxophone player father, is a newspaper reporter who has squandered a lot of things in this life: his liver, his lungs, a couple of former wives, and a floundering daughter can all attest to his abuse.

He’s lucky to be employed, having managed to drink and smart-talk his way out of a nice, cushy job covering (and partying with) the politicians down at the Capitol.

Now he’s back on the night cops’ beat, right where he started when he first came to work at the Richmond paper almost 30 years ago. The thing Willie’s always had going for him—all the way back to his hardscrabble days as a mixed-race kid on Oregon Hill where white was the primary color and fighting was everyone's favorite leisure pastime—is grit.

His mother, Peggy, gave him that if nothing else. He never backed down then, and he shows no signs of doing so now.

Then Isabel Ducharme is murdered. The victim is a fellow student at the local university where Willie’s daughter has been attending in perpetuity.

The hapless killer, Martin Fell, is arrested within days. Everyone but Willie seems to think: case closed. But Willie, against the orders and advice of his boss at the paper, the police, and everyone else with an opinion, doesn’t think the case is solved at all.

He embarks on a one-man crusade to do what he's always done: Get the story.

On the way, Willie runs afoul of David Junior Shiflett, a nightmare from his youth who’s now a city cop, awakening another dark force that everyone thought had disappeared a long time ago. As a result, a score born in the parking lot of an Oregon Hill beer joint 40 years before will finally be settled.

The truth is out there. Willie Black’s going to dig it out or die trying.

“The South Anna isn’t much of a river to begin with, and it had been a dry fall.

Her body had gotten hung up on a downed tree branch a couple of feet into the water.

I was there about half an hour after some deputy sheriff reported it, and nobody was that much into ‘protecting the scene’ or any such shit.

I actually beat the Richmond city cops there by a minute or two. The place wasn’t easy to find. A couple out canoeing, slipping away on that perfect fall afternoon, had come across it, beached the canoe next to the first cleared field they saw and got a somewhat frazzled housewife to call the sheriff.

I heard about it as soon as I got in. I’d wasted precious hours the night before covering a drug-deal-gone-bad fatality in the East End, then posting it on our Web site. The DDGB was too late for the metro city edition, what with our earlier deadlines, but we wanted our former faithful subscribers to be able to read it for free.

Sally Velez came up to me, walking fast, before I’d even gone for coffee.

‘I think they found her,’ she said, humming slightly with the kind of energy we achieve only when really horrific events interrupt our tedium. We’re ashamed of ourselves, but, God help us, we do love it so.”

Oregon Hill is a wondrous trip into the world of sarcastic newspaper reporters, bad cops, and murder most foul.

Having worked as a newspaper reporter, Mr. Owen writes in a captivating voice, his acute observations granting authenticity to the bullet-speed pace of the story. Newspaperman Willie Black is masterfully created, ink and dark humor coursing through his hardboiled veins. It is hoped that this is the beginning of a series of books staring Willie and crew. Bring on the sequel!