One Dog Too Many: A Mae December Mystery 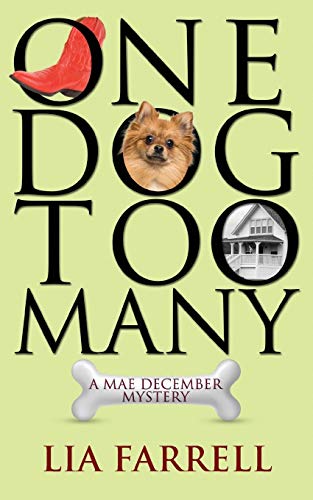 Mae December has a thing for dogs. She owns a thriving kennel business in small town Rosedale, Tennessee. When her neighbor Ruby fails to pick up her dog Elvis after returning from a trip, Mae reports her missing.

Then she finds Ruby’s body.

Ruby was unpopular with her neighbors and not likely to be missed by any of them. Mae learns just how much. Ruby was the only neighbor in their small community who opposed a necessary street improvement project everyone else wanted, she cheated on her estranged husband, and she sued everyone in sight. Finding suspects is not the hard part, narrowing the list is.

Mae is still grieving over her fiancé’s death after more than a year. But there’s a new sheriff in town, and despite her reticence Mae’s heart beats a little faster when he’s around. And that seems to happen more and more frequently as Mae uncovers little nuggets of evidence in the case. Sparks are flying, and Mae wonders if the sheriff will ever find time for her in his busy life.

Not everyone is happy with Mae’s involvement in the case. She and her precious animals are threatened by an anonymous note with an artful rendering of a dead dog. And when alibis start to unravel, the killer goes after Mae.

Lia Farrell is actually the mother/daughter writing team of Lyn Farquhar and Lisa Fitzsimmons. They have crafted a tidy little mystery peppered with likeable characters, interesting back stories, and lots of canine lore.

One Dog Too Many is an entertaining book to read on a lazy day.