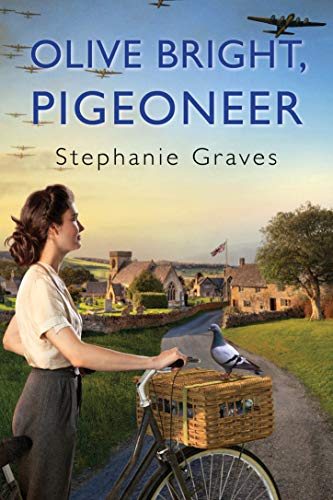 This book is perfect for readers who love details. Lots of them, especially as they pertain to what people look like, what they are wearing, their background and position in the community, their emotions, and the sights and smells of every scene.

It’s a pass for people who like stories to canter along briskly, and who can fill in details their own minds from a sketch so they can concentrate on the plot.

This book has multiple genre tropes to go along with its details: a cozy English village mystery, an enemies-to-friends romance, and a wartime story (WWII), with a little coming-of-age drama thrown in.

It’s a pass for folks who prefer a central plot with maybe a subplot.

This book is aimed at readers who enjoy feisty heroines who don’t take no for an answer, and thus have many adventures and solve crimes that authorities fail to figure out.

It’s a pass for readers who are irritated by heroines who lack common sense and a respect for boundaries, even if they get results.

It’s a pass for readers who are well read on the war and find the casualness with which characters handle official secrets to be implausible.

This book is centered around a little-known aspect of the war—the use of carrier pigeons—and thus offers readers fascinating facts woven into the story.

It’s a pass for people who would rather know more about the war and less about village antics and relationships.

And so it goes. More so than many novels, whether this story is a winner or a bore depends on audience desire and expectations.

The protagonist, Olive Bright, is the 22-year-old daughter of a brusque and belligerent veterinarian who also raises racing pigeons. She was on course to be a veterinarian, also, when the war interrupted her schooling and forced her to return home to a small English village. Since then, pigeon care and training has been her primary responsibility. Happily, she loves it and is very good at it.

But she chafes to have a more important role in support of the war effort. Her mother, long deceased, is a role model Olive yearns to emulate based on Mom’s heroics in the previous war. Both Olive and her father want their successful loft to be included in the National Pigeon Service, but his reputation keeps the NPS from inviting them in.

However, clandestine government operatives take advantage of this and lure Olive into participating in their plans. This requires her to deceive her family and friends while maintaining her duties on the family farm. It’s not all that hard for her because the farm is close to the manor taken over by the government for their operatives to operate, which allows Olive to nip back and forth behind the veil of stories she weaves as a cover.

One element of her cover is a budding romance with her “boss,” Captain Jameson Aldridge (not his real name, of course, since everything his group does is secret). Olive and Jameson spend a lot of time sparring over what she’s allowed to know, in mutual insult exchanges. It’s more obvious to readers than to this couple that they are heading into romance. It’s also obvious to experienced village-mystery readers “whodunit” regarding the murder plopped into the middle of everything.

If one of these plot lines was removed, the story would be crisper and more coherent. The most interesting, fresh, and informational elements of the historical fiction get blurred into the background because of all the other stuff going on.

Another part hard to swallow is the heroine’s age. Olive sounds and acts more like a contemporary young-adult character than the woman she more likely would have been in 1930s wartime rural England.

The author admits in supplemental materials included with the review copy of the book that she had a hard time pulling herself away from research to actually write the story. This shows in the disproportion between storytelling and data loading. It feels more like a character was invented to tie the fascinating facts together than a character in an environment who was driven by her personality, circumstances, and conflicts into a story.

Hence the duality of recommendation. It’s a nice book, done well, but falls in that cross-genre hole where the hit-or-miss factor is going to be high.