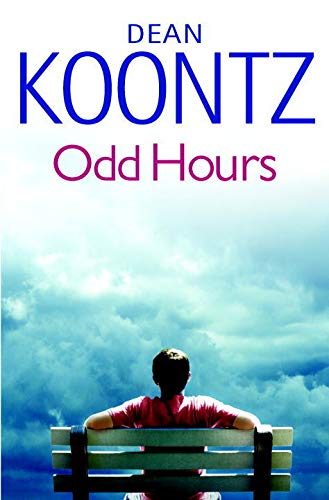 Odd Hours is Koontz’s fourth thriller starring his psychic hero, Odd Thomas.  He was to be named Todd, but a misprint on his birth certificate left him with a unique name to match his unique talents.  Odd can see the dead, or those who still linger for whatever reasons beyond this world and the next.  He can also sense future events but only those that portent some catastrophic destruction. As this particular episode in Odd’s life opens, he’s living on the California coast, in a small hamlet as the live-in housekeeper to a retired Hollywood actor.  It’s a good job, and considering the experiences he has endured and survived in his previous adventures, Odd is more than satisfied with the ho-humdrums of life.  Sadly, the cosmos is not about to let him have too much R & R and all too quickly Odd is neck deep into another life-or-death adventure. He has a dream involving a nuclear disaster and soon learns this vision is tied to several men employed by the town’s harbor authority.  Then, upon meeting a mysterious young pregnant woman on the public docks, Odd is set upon by a trio of thugs who somehow recognize him as a threat to their evil plans, whatever those might be.  Odd is running for his life, attempting to elude these merciless killers while at the same time uncovering whatever their evil plot is. Along the way, as is always the case with Odd’s exploits, and Koontz’s writing, he stumbles on an eccentric assortment of colorful characters who serendipitously come to his rescue like the proverbial cavalry—just in the nick of time.  Among these are a young woman horribly disfigured by her drunken father, a kind widow who drives around the fog-shrouded streets at all hours of the night looking souls in need of help, and the ghost of Frank Sinatra.  That last one provides several memorable scenes that are some of the funniest Koontz’s has ever invented. All in all, you know Odd is going to somehow manage to save the day and good will triumph, but the ride to that finale is a treat, one to relish.  Odd Hours, like most of Koontz’s work, is the literal equivalency of comfort food.  It never fails to satisfy. Reviewer Ron Fortier is an author and a frequent reviewer of pulp fiction. He is currently working on a new comic series, Mr. Jigsaw, Man of a Thousand Parts from Rob Davis’ Redbud Studio.